NEW YORK (Reuters) -The dollar eased on Monday, giving back some of the gains it made following Friday's blockbuster U.S. jobs report, as investors looked ahead to Wednesday's inflation data for more clues about the Federal Reserve's next steps.

U.S. job growth rose much more than expected in July, data showed on Friday, lifting the employment level above its pre-pandemic mark and calming fears that the economy was in recession. Investors read the data as a indication the Fed could raise interest rates more aggressively to combat inflation.

The upbeat mood carried into Monday, with European stocks rising and North American stocks markets opening higher before pulling back to around even in choppy trading as investors' attention turned to company earnings.

U.S. Treasury yields eased after spiking of Friday, while traders were pricing in a 69% chance of the Fed raising rates by 75 basis points (bps) at its September meeting, according to Refinitiv data.

Markets are looking ahead to U.S. inflation data for July, which will be released on Wednesday. Analysts polled by Reuters expect annual inflation to have eased to 8.7% in July from 9.1% previously.

"With the downturn in the dollar not coinciding with a dovish repricing in U.S. money markets, it seems the bar for a CPI induced dollar rally is being lowered today," said Simon Harvey, head of FX analysis at Monex Europe.

Fed Governor Michelle Bowman said on Saturday that the U.S. central bank should consider more 75 bps hikes at coming meetings to bring inflation back down.

"The U.S. dollar has been supported by the combination of stronger U.S. economic data releases and hawkish comments from regional Fed presidents that have encouraged market participants to push back expectations for a dovish policy pivot from Fed," MUFG currency analysts Derek Halpenny and Lee Hardman said in a note to clients.

Euro zone bond yields fell back down after gaining following the jobs data on Friday. Italian bonds appeared to brush off a decision by Moody's to lower Italy's ratings outlook. 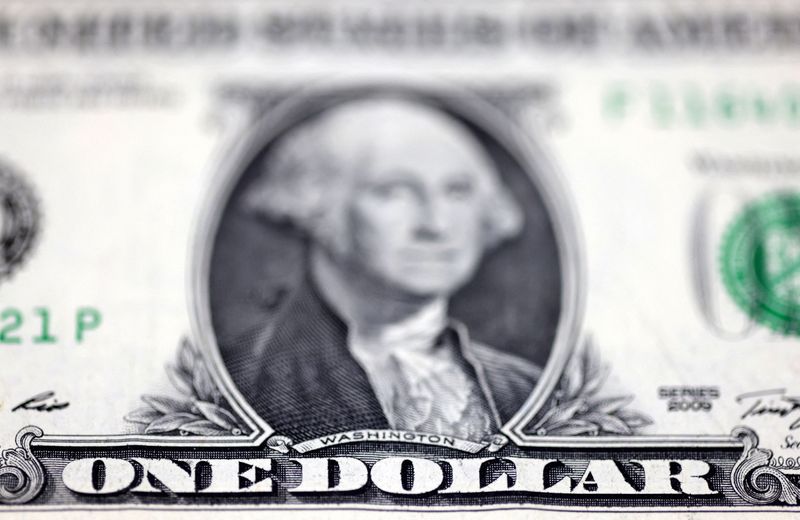 UK Foreign Secretary Liz Truss - who is expected to replace Boris Johnson as prime minister next month - has said she plans to hold a review of the Bank of England's mandate.