NEW YORK (Reuters) -The euro fell to a one-month low on Tuesday as tensions between Russia and the West over Ukraine drew investors to the dollar, a day before the Federal Reserve is expected to reveal details on its plans to tighten monetary policy.

Western leaders stepped up preparations for any Russian military action in Ukraine while Moscow said it was watching with great concern after 8,500 U.S. troops were put on alert to deploy to Europe in the event of an escalation.

Tensions remained high after NATO said on Monday it was putting forces on standby and reinforcing eastern Europe with more ships and fighter jets in response to Russia's troop build-up near its border with Ukraine.

The rouble rebounded to strengthen 0.54% to 78.62 per dollar after earlier weakening toward a more than 14-month low.

Ukraine tensions have exposed the euro and Europe, especially regarding energy, but the dollar's strength has more to do with Fed policy tightening, said Alvise Marino, director of FX strategy at Credit Suisse (SIX: CSGN ).

"The market was pricing in one hike by the Fed in 2022. Now we're pricing four. That is ultimately the major driver of the dollar strength we've seen the past three months," he said.

"This accelerated a bit on the back of weakness in the broader equity markets and risk appetites that you've seen in particular since last Wednesday," Marino said.

Currencies usually gain when rates are expected to go higher and fall when expectations of future rate hikes increase, Gittler said. "It's not just that (the dollar) rose during a risk-off period but also that it rose even as expectations for Fed tightening were pared back."

With other central banks poised to raise rates too, dollar volatility has abated as the Cboe volatility index for the S&P 500 stocks has doubled so far in 2022, Marino said.

The Fed could firm up plans to raise interest rates and shrink its holdings of U.S. Treasury bonds and mortgage-backed securities, which have swollen its balance sheet to about $9 trillion. The Fed's two-day meeting ends Wednesday.

Analyst views of the meeting are mixed, with Deutsche Bank (DE: DBKGn ) flagging a potentially hawkish surprise over the coming months, with as many as six or seven increases this year.

But ING analysts say that if the Fed's balance sheet reduction does the heavy lifting of policy normalization, that could scale back forecasts for the number of rate hikes.

Fed funds futures have fully priced in a quarter-point tightening for the Fed's March meeting, plus three more for 2022. 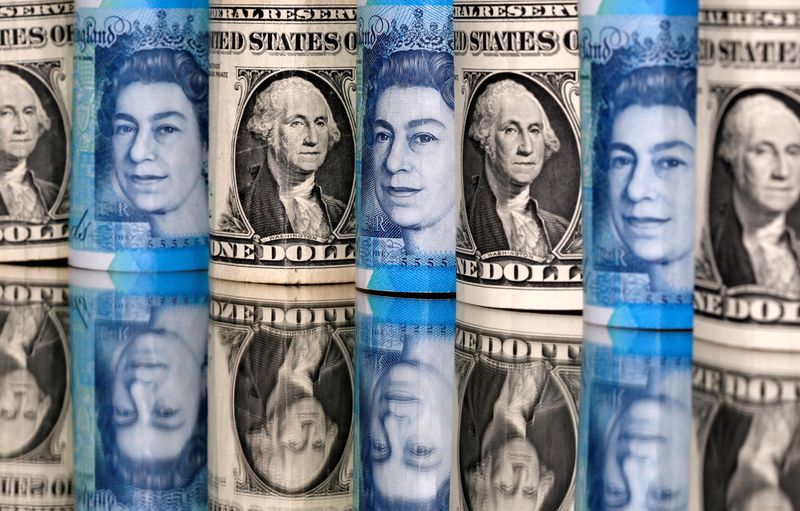