NEW YORK (Reuters) - The U.S. dollar index was lower on Monday after hitting a 20-year peak last week, with the global economy in focus after weak economic data from China highlighted worries about the prospects for a global slowdown.

Creating a risk-off mood on Monday, China's retail and factory activity fell sharply in April as extensive COVID-19 lockdowns confined workers and consumers to their homes. But Shanghai did set out plans for the return to more normal life from June 1.

"It's important to highlight that the risks are towards a stronger dollar and primarily, that's because if you look at the macro economic climate, the fundamentals don't look good. From a risk-off perspective that should still support the dollar against most currencies," Rai said.

But he said the greenback was consolidating after its recent strength and that more range-bound trading sessions were possible: "It makes sense for some period of consolidation before the next leg higher."

Trading in the dollar may be muted partly because a lot of bad news has already been priced in but also because investors are waiting for events such as the U.S. retail sales data release and a public appearance by Fed Chair Jerome Powell both scheduled for Tuesday, according to Mazen Issa, senior FX strategist at TD Securities. [nL2N2X52F6]

Still Issa said he doesn't "think we're in a market where we're going to see the dollar weaken ... It's going to take a lot to get investors out of the dollar."

The euro was pulled from its earlier lows after European Central Bank policymaker Francois Villeroy de Galhau said the common currency's weakness could threaten the ECB's efforts to steer inflation towards its target.

The Australian dollar, which is highly exposed to the Chinese economy, reversed course as the day wore on and was last up against the dollar after falling as much as 0.9%.

The dollar index was last down 0.37% at 104.16, after briefly crossing the 105 level on Friday - its highest level since December 2002, after six successive weeks of gains. Weekly positioning data showed that investors had built their long dollar bets.

HSBC strategists expect the euro to fall to parity against the dollar in the coming year. "Much weaker growth and much higher inflation leave the ECB facing one of the toughest policy challenges in G10 (central banks)," they said.

Crypto markets, which trade around the clock, had a quiet weekend after turmoil last week driven by TerraUSD, a so-called stablecoin, which broke its dollar peg. An affiliate of the company behind TerraUSD said it had spent the bulk of its reserves trying to defend its dollar peg and would use the remainder to try to compensate some users who had lost out. 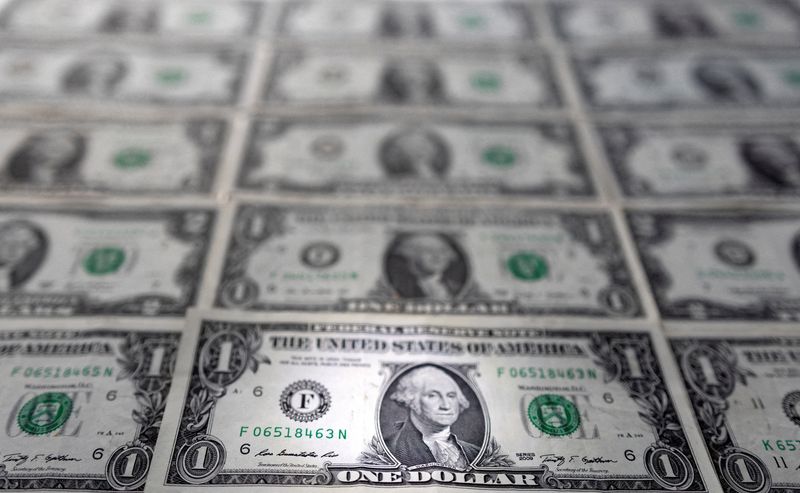