NEW YORK/LONDON (Reuters) - The yen spiked higher on Thursday after the Federal Reserve's strong stance on rates the day before roiled the outlook for bonds and stocks while forcing Japan to intervene in FX markets to support its currency for the first time since 1998.

The dollar slid after surging to fresh two-decade highs following the Fed's raising of interest rates on Wednesday by a hefty 75 basis points. Its projection of more large increases to come cemented a "higher for longer" view on rates.

The bond market responded with the part of the yield curve measuring the gap between two- and 10-year Treasury notes inverting the most since at least 2000. The measure, a signal of a likely recession in a year or two, later eased a bit to stand at -42.0 basis points.

Stocks fell further on Wall Street and in Europe, where Russia's threat on Wednesday to use nuclear weapons amplified the existing economic pain and volatility from the Ukraine war. The major British, German and French bourses tumbled more than 1%.

But the day's big news was Tokyo swooping in to support the yen soon after Europe opened. While such a move had seemed imminent for weeks - the yen has fallen 20% this year, almost half of that in the last six weeks - it still packed a punch.

"But the Fed's unflinching determination to restore 2% inflation is likely to keep the buck well-supported for the foreseeable future," Manimbo added.

Tokyo's move came just hours after the Bank of Japan maintained super-low rates, fighting the global tide of monetary tightening by the U.S. and other central banks trying to rein in roaring inflation.

Volatility and uncertainty have risen as the market comes to grips with a policy regime that is reducing liquidity after a decade of abundance, said David Bahnsen, chief investment officer at wealth manager The Bahnsen Group in Newport Beach, California.

"Excessive quantitative easing over the past decade is going to result in excessive tightening and the market has no way to properly price what this means for valuations," Bahnsen said.

The likelihood of a recession if the Fed maintains its rate-hiking stance suggests earnings will come down 15% next year, said Mike Mullaney, director of global markets at Boston Partners.

Excluding the energy sector, the estimated growth rate for the S&P 500 in the third quarter already has declined by 1.7%, according to Refinitiv data.

"We're going to revisit the (June) lows," Mullaney said of the S&P 500. "The number being thrown around by the bears is 3200. Under a recessionary scenario that's definitely in play."

In Europe, the pan-regional STOXX 600 index lost 1.79% to close below 400 for the first time since January 2021. MSCI's gauge of global stock performance shed 1.04%, breaking below this year's bottom to touch lows last seen in November 2020.

The Swiss National Bank also pulled up its rates by 75 basis points, only the second increase in 15 years. The move ended a 7-1/2-year spell with negative rates.

Also in Europe, Norway and Britain raised rates by 50 bps with traders seeing plenty more ahead.

The pound rose modestly on the day after hitting a 37-year low of $1.1213 overnight on growing worries about the state of Britain's finances. Sweden's crown had also touched a record low despite the country's steepest rate hike in a generation earlier this week.

The global economic outlook is helping drive the dollar higher as U.S. yields look attractive and investors think other economies look too fragile to sustain rates as high as those contemplated by the Fed.

Japan and China are outliers and their currencies are sliding particularly hard.

Lira traders were left wincing again as Turkey, where inflation is running at around 85%, defied economic orthodoxy and slashed another 100 basis points off its interest rates.

Oil rose in volatile trading on concerns an escalation of the war in Ukraine could further hurt supply. 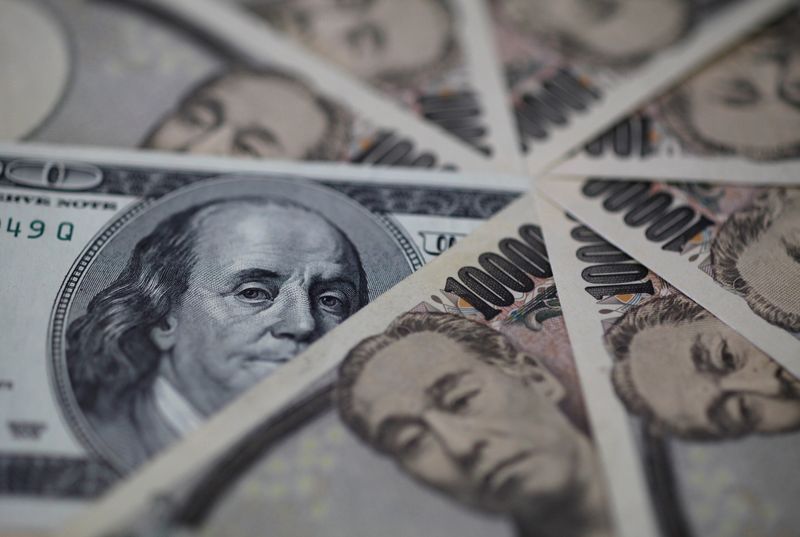