LONDON (Reuters) - The euro jumped after the European Central Bank's governing council said it would hold an unscheduled meeting on Wednesday to discuss the recent sell-off in government bond markets, hours ahead of a closely-watched meeting of the U.S Federal Reserve.

The European common currency rose as to as high as $1.0508 following the announcement, which comes after the spread between government bond yields from Germany and more indebted southern nations, particularly Italy, soared to more than two year highs.

Italy's 10-year bond yield slid 22 basis points (bps) to 4.0% after the announcement, down from eight-year highs. It was set for its biggest daily fall since March 1.

The Italian-German 10-year yield spread tightened by around 20 bps.

The meeting started at 0900 GMT and is likely to be followed by an early afternoon statement, people with direct knowledge said.

"We have a little bit of relief in euro this morning because of the ECB, but, except for that, it is the dollar that is firmly in control," said Niels Christensen, chief analyst at Nordea.

"We see tighter monetary policy in the euro zone but even tighter in the U.S. and that will be a key factor for the dollar against the euro."

The stronger euro meant the dollar index , which measures the greenback against major peers including the single currency, fell 0.5% to 104.77.

The Federal Reserve policy meeting is due to conclude later on Wednesday, and markets are pricing in an 87% chance of an outsized 75 bp interest rate hike as policymakers try to rein in rampant inflation.

Expectations picked up following media reports, first by the Wall Street Journal, that a bigger rate increase was on the cards, after data released last week showed the U.S. consumer price index surged 8.6% in the 12 months to May, the largest year-on-year increase in four decades.

The dollar had already been gaining ground in the past few months thanks to the Fed raising rates ahead of most other major central banks and has been given another leg up in recent weeks as investors seek safe havens, fearing the economic impact of rapidly tightening financial conditions.

But with such a large interest rate increase already expected, the dollar may struggle to gain further after the Fed's decision.

"Fed chair Jerome Powell will likely want to keep all options open for himself at tonight's press conference and provide little in the way of news," Commerzbank (ETR: CBKG ) FX and EM analyst Antje Praefcke said in a note.

"That in turn would not constitute any additional fuel for the dollar bulls as market expectations have already gone a long way."

Higher U.S. rates versus rock bottom Japanese yields have been weighing on the yen, which hit a new 24-year low of 135.60 per dollar in Asia-Pacific trade.

It recovered in the course of the day amid volatility in government bond markets, to as much as 134.33.

The Australian dollar, often seen as a proxy for risk appetite, was at $0.6935, rising 1% from the previous day's one-month low. 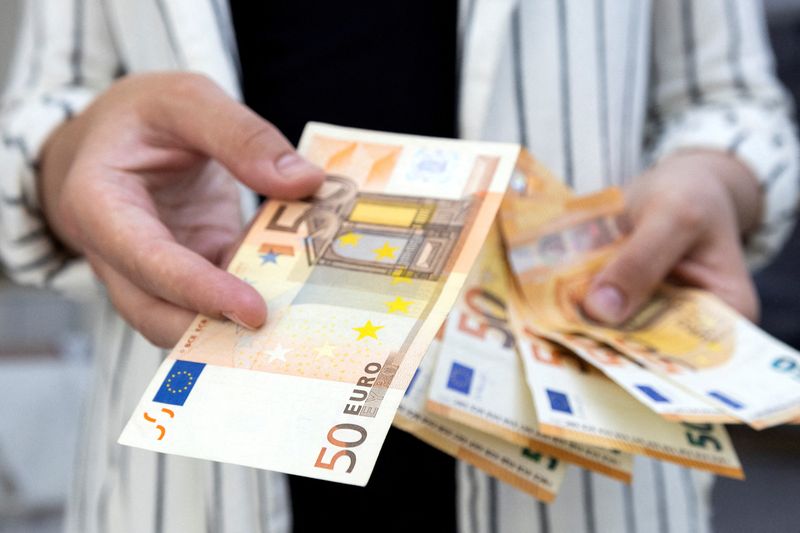 The Aussie is down 7.3% so far this quarter, which would be its worst quarter since the first three months of 2020 when the COVID-19 pandemic hit.

Bitcoin , another risk-friendly asset class, was down another 8.5% to $20,080, its lowest since December 2020, as the fallout from crypto lender Celsius freezing withdrawals continues to shake cryptocurrency markets.