U.S. consumer prices were unchanged on a monthly basis in July as the cost of gasoline plunged, delivering the first notable sign of relief for Americans who have watched inflation climb over the past two years. [nL1N2ZL0KI]

Economists polled by Reuters had forecast a 0.2% rise in the monthly Consumer Price Index (CPI) on the heels of a roughly 20% drop in the cost of gasoline.

"This is good news for FX traders, as it was a pretty clear reaction and you will probably see that there still should be some follow-through," said Edward Moya, senior market analyst at OANDA.

"In a backdrop where the market is becoming more content with FF (Fed funds) pricing, the yen's worst days appear to be over," analysts from TD Securities said in a client note. "A broad 130-135 range may be the new normal."

The Fed has indicated that several monthly declines in CPI growth will be needed before it lets up on the aggressive monetary policy tightening it has delivered to tame inflation currently running at four-decade highs.

Still, traders of futures tied to the U.S. central bank's benchmark overnight interest rate responded to Wednesday's inflation data by slashing bets that the Fed would enact a third straight 75-basis-point hike in September, and instead would opt for a half-percentage-point increase.

"What you are seeing is the market enjoying the possibility of the Fed moving toward a less hawkish, not dovish, but slightly less hawkish stance," said Quincy Krosby, chief global strategist at LPL Financial.

Minneapolis Fed President Neel Kashkari said that while the cooling in price pressures in July was "welcome," the Fed is "far, far away from declaring victory" and needs to raise the policy rate much higher than its current 2.25%-2.50% range.

Chicago Fed President Charles Evans said inflation is still "unacceptably" high, and the Fed will likely need to lift its policy rate to 3.25%-3.50% this year and to 3.75%-4.00% by the end of next year. 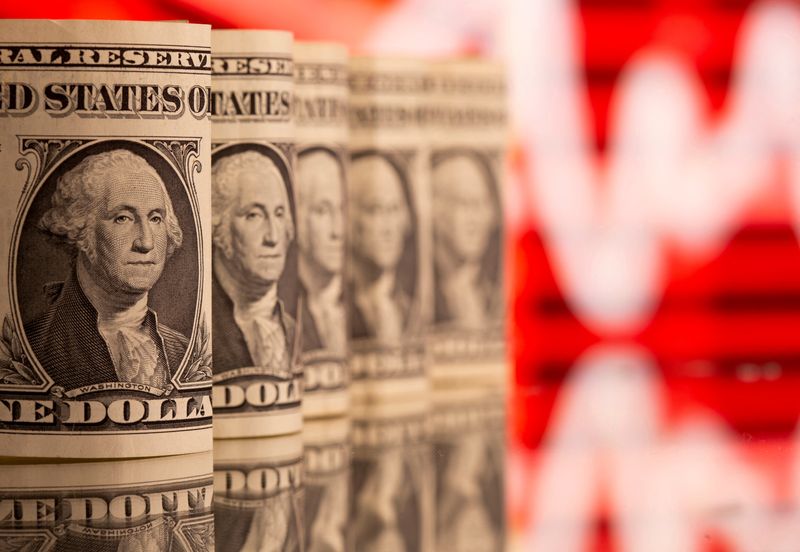 Bitcoin , rattled by a drumbeat of cryptocurrency fund wipeouts and thefts over recent months, was up 2.1% at $23,651.