(Bloomberg) -- U.S. retail sales fell in July by more than forecast, consistent with a steady shift in spending toward services and indicating consumers may be growing more price conscious as inflation picks up.

The data suggest that consumers are beginning to curb spending on merchandise in favor of services now that many pandemic-related restrictions have been lifted. At the same time, the emergence of the delta variant poses a risk to economic activity and could curb demand for services like travel and entertainment.

Higher prices for things like groceries, meals out, personal care and apparel risk limiting discretionary spending in the coming months. A report last week from the University of Michigan showed buying conditions deteriorated to the lowest since April of last year as inflation remained elevated. The retail sales data are not adjusted for price changes.

Economists forecast consumer spending to grow at an annualized 4.5% pace in the current period, significantly slower than the pace estimated a month ago and a sharp deceleration from the sizzling 11.8% rate seen in the second quarter.

Results from Home Depot Inc (NYSE: HD )., however, showed weaker-than-expected results that signal a cooling in the home-improvement boom. 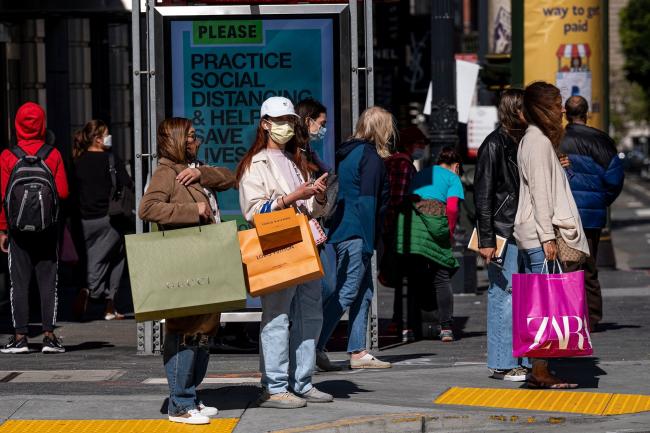