Searches for electric vehicles (EVs) surged by 110% to half a million in 2021. BMW received a whopping eight million more Consumer Advert Views last year. And over 637 million online vehicle searches were conducted last year. These are just some of the trends to emerge in the latest AutoTrader Car Industry Report.

The study – which covers January to December 2021 – is entitled #SwitchedOn.

“Following a challenging 2020, which saw the automotive market grinding to a virtual halt, 2021 was a year that forced us to evolve and find products and services that met the change car shoppers were experiencing. 2022 is therefore a year to ‘switch on’ new ways of thinking and operating within the local automotive landscape,” explains AutoTrader CEO George Mienie.

It was a year that didn’t only see new ways of thinking; it also saw increased activity in the marketplace.

“In 2021, over 637 million total searches were conducted on AutoTrader, a record high, representing a growth of 28% year-on-year. This translates into over 20 consumer searches per second!” Mienie reveals. During 2021, an average of 76 million pages were opened each month.

While the report reveals that consumers are researching more brands than ever before, they continue to be brand loyal. The five most searched for brands – BMW, Volkswagen (DE: VOWG_p ), Mercedes-Ben, Toyota and Audi – remained the same in 2021, changing only in rank. BMW was once again the brand with the most Consumer Advert Views.

However, the popularity of the brand soared last year. It received an incredible 43,9 million views – just under 8 million more than the same period a year ago.

Brands that received the highest search volumes across the calendar year 2021 Another important change over 2020 can be seen when one examines the most viewed variants (AutoTrader was first to market with the introduction of precise variant searches back in May 2009). The Volkswagen Golf GTI has historically been the most viewed variant and remains the top searched variant in 2021 with over 3,2 million searches. But, early in 2021 for a short period, this changed to the Toyota Hilux 2.8GD-6 (the GTI ranked second). The most searched for model last year (4.3% of all searches), was also the Toyota Hilux (it accounted for 22,8 million searches).

Variants that received the highest search volumes across the calendar year 2021 Yet another important variation versus 2020 was the increased number of searches for EVs. In total, over 540,000 searches of EVs were conducted in 2021, indicating an increase of over 110% year-on-year. As more electric vehicles get introduced into the market, AutoTrader recorded searches for the Porsche (DE: PSHG_p ) Taycan increased by over 900% last year while I-Pace searches rose by 62%.

Electric cars that received the highest search volumes across the calendar year 2021 Specific Body-Type searches rose substantially last year – by 27% to over 102 million. This is indicative of consumers being more inclined to search for a preferred body-type and it’s also influenced by more brands having released various shapes of the “same” model. For example, the Mercedes-Benz A-Class and Audi A3 are both available as a hatchback or sedan while the Ford (NYSE: F ) Ranger and Toyota Hilux come in both single, extended and double-cabs.

Body types models that received the highest search volumes across the calendar year 2021 Finally, Consumer Advert Views also rose considerably last year – by 30% over 2020. In total, over 298 million Consumer Advert Views were opened. “Consumer Advert Views remain one of the key leading performance indicators for car dealers, as they are definitive precursors to an actual enquiry (lead) on the car. But the process has to be fast; international studies focusing on the automotive digital retail market have revealed that car sellers have roughly 15 seconds to grab the attention of a car buyer on a Consumer Advert View,” said Mienie.

“Understanding and capitalising on this is key to the all-important transition of dealers into becoming digital businesses. With all the learnings and innovations that have come about as a response to the consumer’s evolving car shopping behaviour and macro-economic hurdles in 2020 and 2021, it is my fervent belief that 2022 will be THE year that we switch on all the engines, get back to a state of normality and see a real resurgence in the South African automotive industry,” he concludes. 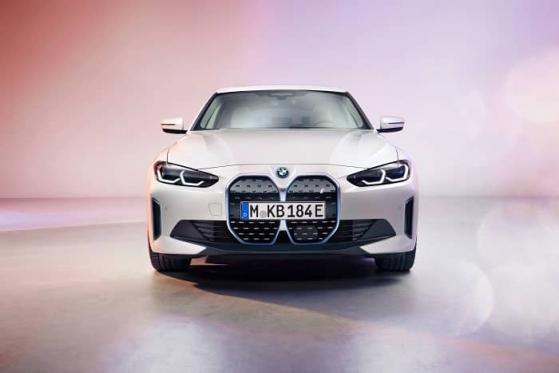