Powell on Tuesday pledged that the U.S. central bank would ratchet up interest rates as high as needed, including taking rates above neutral, to curb a surge in inflation that he said threatened the foundation of the economy.

The neutral rate is the level at which economic activity is neither simulated nor constrained and is widely expected to be somewhere in the region of 3.5% by mid-2023.

On Wednesday, the dollar benefited from demand for safe havens as stocks sold off and Treasury yields fell.

"Yesterday's risk rally appears to have been, predictably, short-lived, having fizzled out almost entirely in this morning's trade," said Michael Brown, head of market intelligence at Caxton in London.

"Consequently, haven USD demand has re-emerged, with something of a 'flight to cash' taking place, with Treasuries failing to find bids despite the shaky sentiment," Brown added.

The U.S. Dollar Currency Index, which tracks the greenback against six major currencies, was up 0.4% at 103.76, on pace to snap its longest losing streak since mid-March.

"Technically, it will please the bulls that the dollar index has managed to hold above the prior support at 103.20, which when coupled with the continued dismal economic backdrop should keep the USD firm for now," Caxton's Brown said.

The pound fell 1.1% against the dollar on Wednesday after data showed British inflation rising to 9%, the highest level in 40 years. 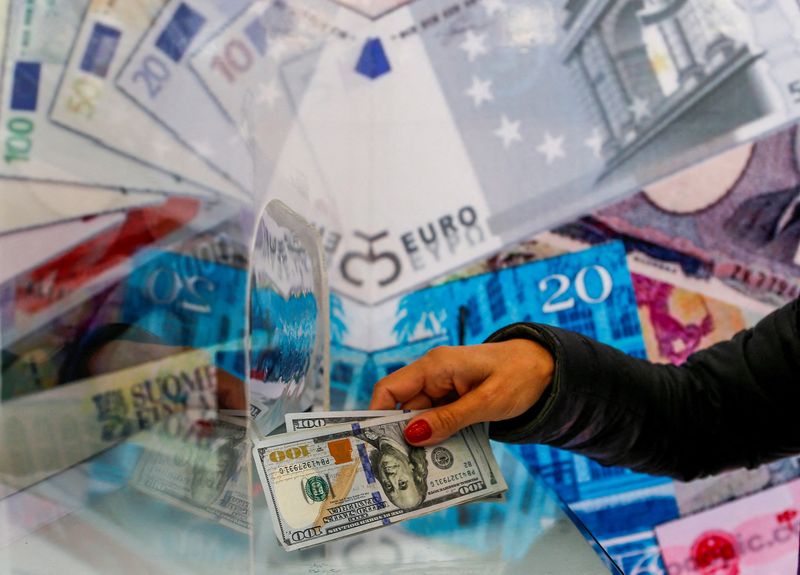 With investors taking a dim view of riskier currencies, the Australian dollar, viewed as a liquid proxy for risk appetite, slipped 0.8%. Australian wage growth ticked up by only a fraction last quarter, leading investors to scale back bets on larger increases in interest rates.