By Sonali Paul and Melanie Burton

Forrest, who grew Fortescue from a minnow to rival the world's biggest mining giants in less than two decades, has spearheaded his company's global green energy drive, signing deals from Brazil to Indonesia to Democratic Republic of Congo.

The company aims to build a 250 megawatt hydrogen electrolyser at Bell Bay in Tasmania -- 25 times the size of the biggest existing electrolysers in the world -- for less than A$1 billion ($740 million), Forrest said, putting a price on the project for the first time.

Fortescue is ready to make a final investment decision this year, as promised, but is waiting for support from the state government before going ahead with the project.

While Forrest told Reuters that Australia is the best place to realise his green vision, the country's failure to commit to a policy to cut emissions is risking that advantage.

"I would say 2050 neutrality is a certainty for Australia. If we support it by COP26 the dividend flow to regional Australia will be substantial. If we don't support it by COP26, the future will remain uncertain," Forrest said, referring to the COP 26 climate conference in Glasgow at the end of October.

"It is where the will is strongest - they will be the first to be developed."

Australia's energy policy is again in the spotlight as Prime Minister Scott Morrison prepares to attend the conference, where global leaders will meet to set further climate goals to follow on from the landmark 2015 Paris accord.

But Morrison is short on updated climate ambitions to bring to the table given his reliance on the junior partner in Australia's coalition government which said it would not be rushed into a decision on whether to support a target of net zero emissions by 2050.

But Forrest, speaking to Reuters from London, said that rural Australians were set to be the biggest winners in the move to green energy - if agreements are made in time.

"I have demonstrated investment into the regions despite the fact Australia is dragging the chain," Forrest told Reuters.

Fortescue is investigating the potential to convert top Australian fertiliser maker Incitec Pivot's Brisbane ammonia plant to use green hydrogen as a feedstock instead of natural gas , with an on-site electrolysis plant that will produce up to 50,000 tonnes of hydrogen a year.

The plant's future had been under threat due to soaring gas prices, however setting up a green hydrogen production site to feed the existing plant could save 400 jobs and create many more, Forrest said. 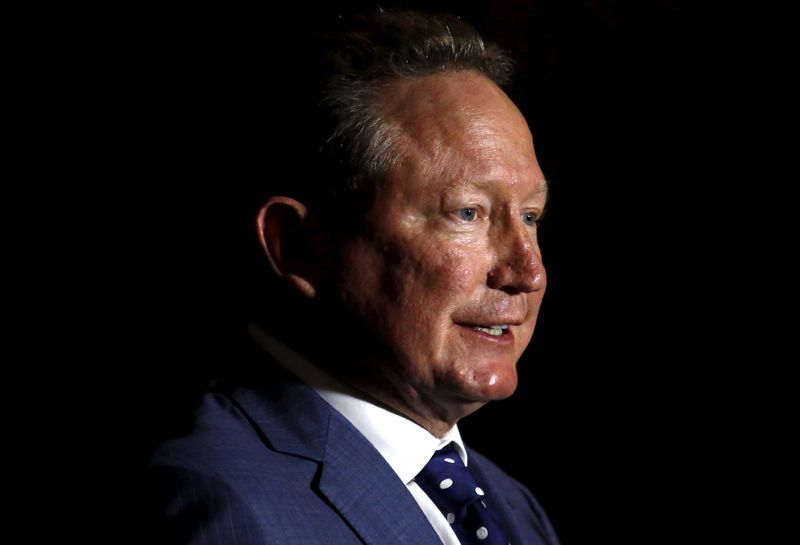 At the same time, the product from the plant will be cheaper for local farmers.

"So farmers in Australia long into the future can plan for the next season, or even for the next generation ... knowing that fertilisers are coming from a hydrogen molecule that is infinite," Forrest said.