(Reuters) - First Solar Inc (NASDAQ: FSLR ) will spend $1.2 billion to expand its solar panel manufacturing operations in the United States, creating hundreds of jobs including with a new factory in the Southeast, the company said on Tuesday.

It is among the first major corporate investments announced following the Inflation Reduction Act (IRA), a $430 billion package of policies aimed at combating climate change that President Joe Biden signed into law this month.

The announcement is an about-face for the largest U.S. solar panel maker, which said earlier this summer it was unlikely to build its next factory in the United States due to the lack of federal support.

"We believe that with the IRA we have a durable industrial policy foundation, one that we have long been advocating for, that's comprehensive in its foundation and will enable the solar industry as a whole," Chief Executive Mark Widmar said on a call with reporters.

First Solar said it would invest $1 billion in a new factory in the Southeast that will begin operations in 2025. The company plans to select the location later this year.

It will also spend $185 million to expand production in Ohio, where it has two facilities and is building a third.

The expansions are expected to create 850 jobs and bring the company's total U.S. workforce to 3,000.

First Solar shares rose more than 2% at $124.22 on the Nasdaq following the announcement.

Some 90% of panels installed in the United States are made overseas, but imports have been constrained by pandemic-related supply chain disruptions, tariff threats and increased border scrutiny to block supplies linked to forced labor.

U.S. project developers, meanwhile, have flocked to First Solar's cadmium telluride products in part because the technology does not rely on polysilicon, a raw material primarily made in China and used in the vast majority of panels. The company said recently that it was sold out through 2024.

One shareholder said the company's earnings by 2026 could be as much as double prior estimates.

"This extends and fortifies their runway dramatically," said Shawn Kravetz, president of Esplanade Capital, which manages a solar-focused hedge fund.

The U.S. solar industry and the Biden administration have been under increasing pressure to move away from a dependence on Chinese-made goods. But those products for more than a decade have helped the sector compete with fossil fuels like natural gas and coal and solidified solar as a mainstream energy source. 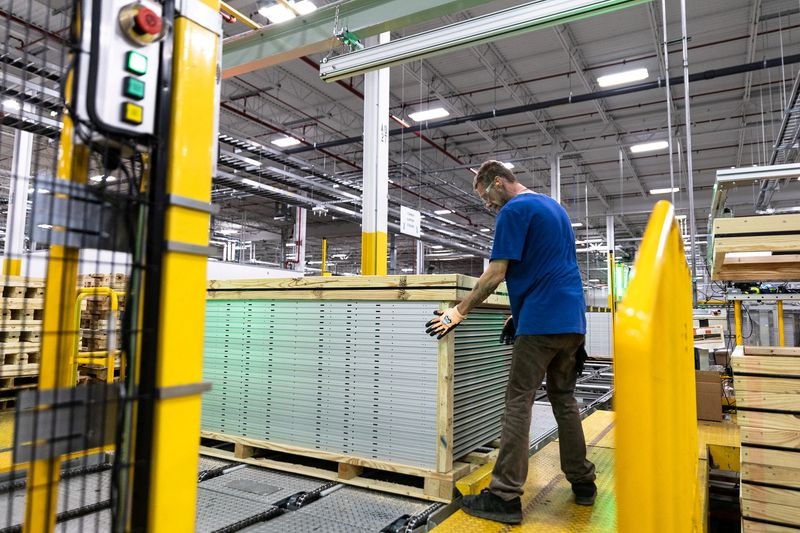 In June, Biden waived tariffs on panels from four Southeast Asian nations for two years and invoked the Defense Production Act to spur manufacturing at home. But passage of the IRA was widely viewed as being instrumental to launching investment in domestic production.