By Marianna Parraga and Stephanie Kelly

More than 1 million customers in Louisiana were without electricity. Flooded streets and other obstacles hindered employees trying to assess and repair downed transmission lines and other damage, executives said.

Ida's economic cost could hit $70 billion to $80 billion, estimated AccuWeather, with much of the losses from impact on the oil industry and supply chain delays.

"This restoration is not going to be a likely quick turnaround," said Rod West, head of utility operations at Entergy Corp (NYSE: ETR ). "This was a significant catastrophic wind event, whereas Katrina was a water event by comparison."

Late on Monday, the Colonial Pipeline - the largest fuel line to the East Coast, restarted its main gasoline and distillate lines that had been shut ahead of the storm.

Phillips 66 (NYSE: PSX ) has yet to begin damage assessments at its 255,600-barrel-per-day refinery on the Mississippi River in Belle Chasse, Louisiana, a spokesman said. The plant, which was put up for sale last week, was swamped when a nearby levee failed.

In all, 2.3 million bpd of processing capacity, or 13% of the country's total, were put offline, the U.S. Department of Energy estimated. One of the largest plants affected, Exxon Mobil (NYSE: XOM )'s 520,000-bpd Baton Rouge complex, began preparations to restart on Tuesday, it said.

Most offshore U.S. Gulf of Mexico oil and gas output was halted with 94% of oil and natural gas production suspended on Tuesday, the U.S. offshore regulator said. A total of 278 production platforms and nine rigs remained evacuated.

More than two dozen oil vessels were moored off Louisiana waiting for ports to reopen, with the largest bottlenecks near Baton Rouge and Lake Charles. [nL1N2Q226D]

"With widespread refinery outages and debris on waterways, we expect no imports into the impacted ports in the coming days," analysis firm ClipperData said in a note to clients. 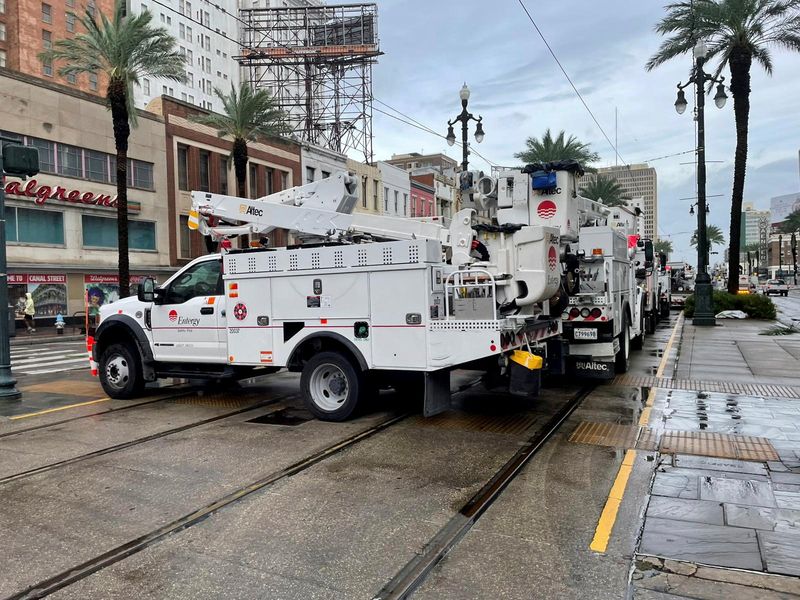 Oil prices fell 1% on Tuesday, as the shuttering of refineries will temporarily sap demand for crude. U.S. gasoline futures were also lower. [O/R]

The U.S. Environmental Protection Agency on Monday waived an environmental rule to allow winter-grade gasoline to be sold in Louisiana and Mississippi, aiming to alleviate potential shortages.