NEW YORK (Reuters) - The Federal Reserve on Wednesday signaled it is likely to raise U.S. interest rates in March and reaffirmed plans to end its bond purchases that month before launching a significant reduction in its asset holdings.

The combined moves will complete a pivot away from the loose monetary policy that has defined the pandemic era and toward a more urgent fight against inflation.

In a press conference Fed Chair Jerome Powell said officials will discuss plans for reducing the central bank's nearly $9 trillion balance sheet at their next two meetings, adding he expects there to be a "substantial" amount of shrinkage in the Fed's bond holdings, which would reverse pandemic-era "quantitative easing that stabilized financial markets and the U.S. economy. .

FOREX: The dollar index added to a gain, standing 0.54% firmer

"Powell during the question session here is creating a bit of uncertainty, and I think that's why the market is reacting this way. He's talking about inflation might worsen, bottlenecks might get worse. What he's trying to do is prepare the market for a worsening situation and also trying to balance the fear factor. But it seems the responses are creating an atmosphere of uncertainty, which is a negative for the market.

“The Fed is a very slow-moving ship, by design monetary policy has lagged anywhere from nine to 18 months. The about-face we’ve had in terms of the market’s rate expectations the last three months has been warp speed in the context of Fed decision-making. Expectations coming into this meeting were way too hawkish. The pace of which the Fed operates is measured in years and maybe quarters, but not months.

“We’re going to see a much more measured pace of rate hikes. My interpretation of Powell is of a man who is not concerned about inflation running rampant, (but) one that acknowledges they had the transitory call wrong. Not in terms of its nature, but more in terms of duration.”

“When reporters asked Powell if the Fed would consider raising rates at every meeting,  which would mean more than 4 times this year, he didn’t say they wouldn’t, which indicates a flexibility to raise rates much more quickly (if necessary) than anyone was expecting.”

“Reporters also asked Powell about “financial conditions” he said that he didn’t want to comment on that, which indicates the Fed isn’t worried that the stock market is down close to 10% in less than a month – and presumably wouldn’t change their approach if the market were to fall significantly further.”

“This is validation of the concept that the strike price on the Fed put is now much lower, implying that  the Fed would allow the stock market to fall much farther before changing their current behavior."

“The market got way ahead of itself. The Fed is not going to hike 50 basis points in March. The statement gently pushed against that. This statement brought us back to what they’ve been saying. The fact they haven't confirmed the more hawkish view that the market was pricing in is why equities sighed a bit of relief.

“The second thing to take away from this is that quantitative tightening will happen. The idea of the balance sheet reduction as now mentioned in the statement puts us on the table for June.”

“If the Fed thinks the current bout of inflation is due to supply-demand imbalances, I’m not sure how they think what they do will help fix that. The Fed is just buying time until supply chains slowly heal. Inflation will then be drifting lower and the Fed can then take the credit.”

"The Fed’s announcement that it will “soon be appropriate” to raise interest rates is a clear sign that a March rate hike is coming. The Fed’s plans to begin running down its balance sheet once rates begin to rise suggests an announcement on that could also come as soon as the next meeting, which would be slightly more hawkish than we expected."

“Today the Fed interest rate rocket left the hangar and is headed to the launchpad with what we believe is a March liftoff scheduled - the first of at least three hikes this year. Only question may be how high it flies, how fast and how many are launched? We see 3 one-quarter hikes, but another could hit this year with 3 next and 2 in 2024.“

“There are no surprises here, they are keeping rates where they are but clearly setting the stage to increase rates in March, that is what has been widely expected. As we look at the implied forecast the market is expecting four hikes this year, I don’t think that is going to change. The key question is when are they going to start talking about actually reducing the size of the balance sheet. It looks as through the taper is going to finish a couple of weeks ahead of schedule, that is not really big news either way but what Powell says in the press conference with respect to how quickly they might actually start to reduce the balance sheet will be very critical.”

“They really didn’t talk much about inflation, clearly Powell pivoted on inflation back in December when he said it was time to retire the word transitory and they did not address inflation directly in the statement so that will be key to watch in the press conference as well. If they had something specific to say on inflation they would have said it, and the fact they danced around it a little bit in that first paragraph means they are keeping their options open, perhaps because they still are not convinced that it will end up being sustained.”

“I think it really was everything that the market was looking for. They will stop their purchasing program by mid-March, so I think it’s really everything that I was expecting. It should be interesting to see what the press conference will say, but it seems to me the Fed is recognizing that inflation’s a problem, it’s not transitory, and they’ve got to start the process of a liftoff here in rates…they are saying it will soon be appropriate to raise rates, so I don’t think there’s any mystery here.”

“Anyone looking for a hawkish message or pivot didn’t get it. So that is giving the market some comfort that the plan that the market has adapted to and priced in is still in place.”

“I do believe the market was worried at least that there would be some sort of a more hawkish message that was delivered and so far that has not been the case, we will see what the press conference holds. Certainly it is kind of  along the plans of what they had outlined in the past and what the market has priced in already. So the market is taking, I think,  some solace in that and actually pushing just a bit higher.”

"It was nothing as draconian as what some investors were worried about when (the Fed) last spoke. The market had taken a tumble, and that's why there's probably a sigh of relief. But as you read into it, they're still keeping it pretty open."

"The statement still leaves a lot of questions to be answered particularly when it comes to the balance sheet roll off. There wasn't a whole lot of detail provided."

"The Fed provided some clarity on the prospect of rate hikes but not all the clarity markets were looking for. There's still some uncertainty when it comes to the balance sheet roll off. The market's glad to get a little more clarity given the uncertainty that accompanies transition periods like this."

"More details will come in the press meeting."

"This decision by the Fed sounds like they are not convinced the time to hike will be in March necessarily as they are leaving open room for consideration of policy stance to adjust as needed." 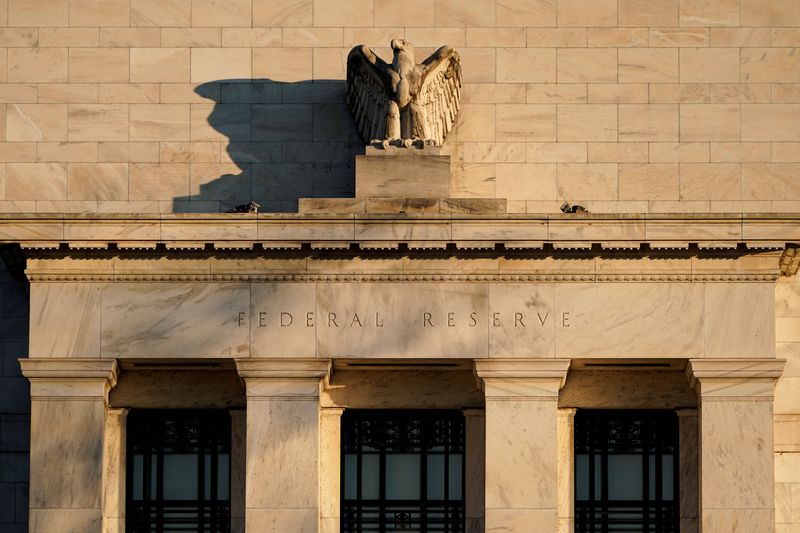 "Keeping the balance sheet the same until hikes begin means that they are indeed not taking all easing measures away quite yet. We thought there was chance of this to happen and it could bode poorly for the dollar in the sort-term."