By Amruta Khandekar and Devik Jain

(Reuters) - U.S. stock indexes rose for the third straight session on Tuesday as voting began in the crucial midterm election that will determine control of Congress, with investors hoping for a political gridlock that could prevent radical policy changes.

All 435 House of Representatives seats and 35 Senate seats are on the ballot. Nonpartisan forecasters and opinion polls suggested a strong chance of Republicans winning a House majority and a tight race for Senate control.

Investors too are expecting a similar outcome as control of even one chamber of Congress by Republicans would put a check to President Joe Biden's legislative push for more business regulations and help demand spending cuts.

Shares in healthcare, energy and defense sectors could see more volatility in the wake of the election.

"A Republican victory is seen as removing either current regulations, like in the energy sector, or potential future regulations like in the pharmaceutical sector."

A surprise victory for Democrats, however, could raise concerns about tech-sector regulation as well as budget spending that could add to an already-high inflation, according to market participants.

Investors are also awaiting a key inflation reading due on Thursday, which is expected to show easing in consumer prices and provide further clues on whether the U.S. Federal Reserve could shift to smaller interest rate hikes.

Traders are currently divided about whether the Fed will raise rates by 50 basis points or 75 basis points at the central bank's meeting in December, according to CME Fedwatch tool.

The three major stock indexes rallied for the last two days in the run-up to the elections.

The S&P 500 is up nearly 9% from its recent October lows, but has still posted steep losses this year on worries that aggressive monetary policy tightening would tip the U.S. economy into a recession.

Among S&P 500 sectors, energy and consumer discretionary fell the most, down 1% and 0.5%, respectively. 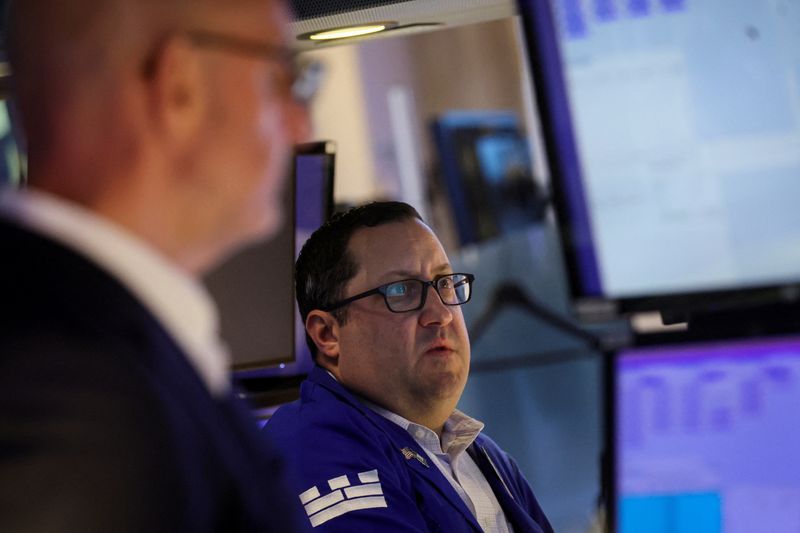