(Reuters) -U.S. stocks were on track to open higher on Friday as signs of easing tensions between the United States and China aided sentiment, while a jump in crude prices looked set to boost energy shares.

Traders read news of a phone call between U.S. President Joe Biden and Chinese leader Xi Jinping, their first talks in seven months, as a positive sign that could bring a thaw in ties between the world's two most important trading partners. [MKTS/GLOB]

"This market is ready to come right back up after it falls," said Dennis Dick, a trader at Bright Trading LLC.

"Investors are not ready to hold on to cash and are eager to invest in risker assets like stocks and commodities because that's the only way to beat the rising inflation pressures."

Data showed U.S. producer prices rose solidly in August, indicating that high inflation was likely to persist for a while, with supply chains remaining tight as the COVID-19 pandemic drags on.

Another set of data on Thursday showed weekly jobless claims fell to an almost 18-month low, soothing concerns over economic recovery but also stoking fears that the Federal Reserve could unwind stimulus faster.

While futures pointed to opening gains on Friday, the three major U.S. stock indexes were on track to end the week lower.

Big banks have recently turned skeptical about further gains for record-high stocks due to concerns over tighter monetary policy and the fast-spreading Delta variant of the coronavirus.

Economy-sensitive S&P 500 sub-sectors such as real estate, industrials and materials have led declines so far this week. 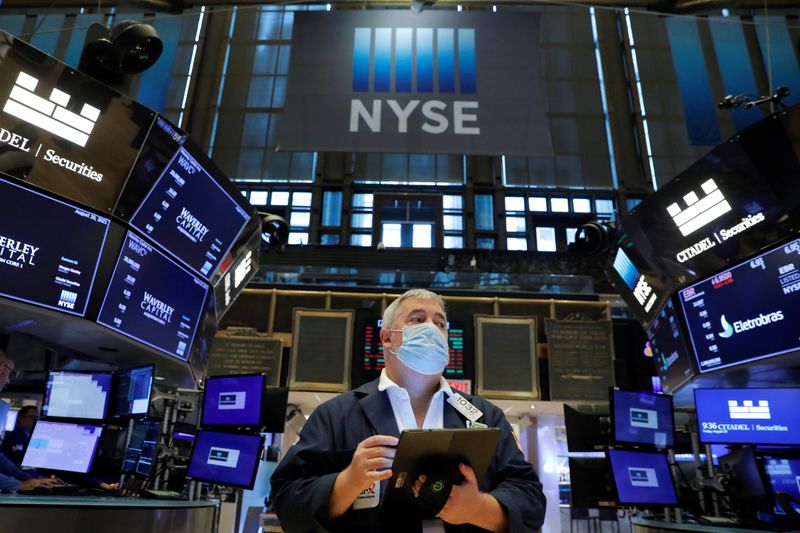 Grocer Kroger (NYSE: KR ) Co dropped 3.3% even after it said it expected a smaller decline in annual same-store sales.