By David French and Chuck Mikolajczak

The technology sector, down 0.11%, was among the biggest drags on the day as U.S. Treasury yields moved higher, with the yield on the benchmark 10-year U.S. Treasury note touching its highest level since Oct. 27. Higher Treasury yields tend to weigh on high-growth areas such as tech, as they discount future earnings from the sector.

Bank stocks, which benefit from climbing yields, advanced with bond yields on the rise as investors positioned for the potential effects of the Federal Reserve's tapering of its massive asset purchases and ahead of a scheduled sale of new 20-year bonds later in the week.

"Wall Street is completely fixated over what is happening in the bond market. We are starting to see yields are rising and that will, ultimately, signal that there's a lot more nervousness that the Fed could be a little bit late to the game on delivering a rate hike and will be forced to react a lot quicker, given the inflationary pressures," said Ed Moya, senior market analyst at OANDA.

"You're seeing mixed trade right now because, while a lot of traders are focused on whether these inflationary pressures will keep Treasuries or rates climbing, you're also seeing manufacturing improve in the Empire State and a lot more optimism from abroad."

Data on Monday showed manufacturing activity in New York surged to 30.9 in November, well above the prior 19.8 reading and 21.2 estimate.

Retail sales data for October is also due on Tuesday, and is expected to reveal signs of any impact inflation has had on consumer spending.

Boeing Co , up 5.49%, was the top boost to the Dow Jones Industrials as the stock closed at a three-month high after Emirates airline announced an order for two 777 Freighters and as Saudi Arabian Airlines was in talks with the planemaker for a wide-body jet order.

The Dubai Airshow event is the first major aerospace conference since the pandemic decimated passenger air travel, with investors watching to see how the industry is coping with new dynamics.

Tesla's declines follow a steep drop of 15.4% last week after Musk offloaded a combined $6.9 billion worth of shares in the company.

The S&P materials sector, down 0.46%, was among the worst-performing sectors for the session on signs of weakness in China's property sector, a key driver of global metal demand, which weighed on miners.

Dollar Tree Inc (NASDAQ: DLTR ) jumped 14.28% and was the top percentage gainer on the S&P 500 after activist investor Mantle Ridge LP revealed a 5.7% stake in the discount retailer.

Declining issues outnumbered advancing ones on the NYSE by a 1.22-to-1 ratio; on Nasdaq, a 1.26-to-1 ratio favored decliners. 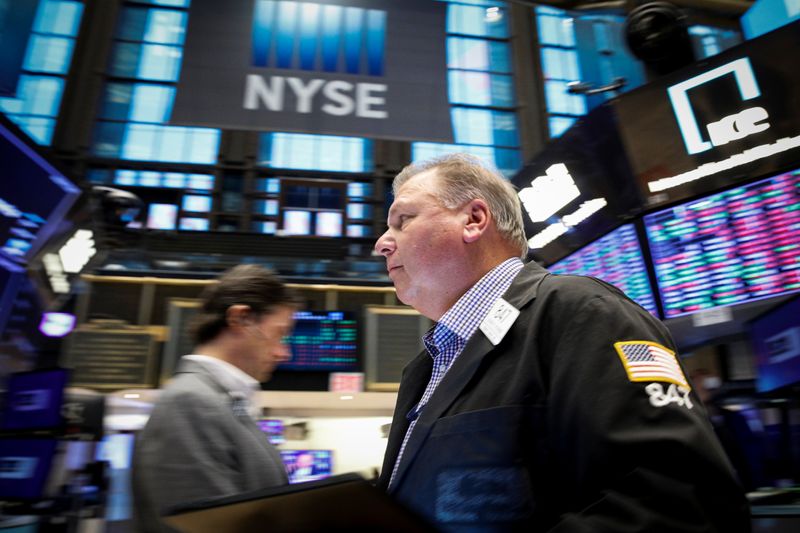 Volume on U.S. exchanges was 9.56 billion shares, compared with the 10.96 billion average for the full session over the last 20 trading days.