By Ankika Biswas and Amruta Khandekar

St. Louis Federal Reserve President James Bullard said rate increases "have had only limited effects on observed inflation," and the Fed needs to continue raising it by at least another full percentage point.

The comments from a voting member of the policy-setting panel follows strong retail sales numbers on Wednesday, which brought on worries of more rate hikes, even though softer inflation data earlier had perked up hopes of smaller increases.

Trader expectations of a 50-basis-point rate hike fell to 80.6% from 85.4% a day earlier, according to the CME Fedwatch tool. [FEDWATCH]

Several other Fed officials in recent days have also stressed the need to further raise rates although at a slower pace.

"The Fed is trying to make sure the market doesn't get too ahead of itself," said Tim Holland, chief investment officer at Orion Advisor Solutions.

"They're trying to walk this rhetorical tightrope where in between meetings and big data points, they're reminding the market that they're still tightening."

Among the 11 S&P 500 sectors, retail and consumer discretionary were down around 1.3% each.

Shares of megacap tech and other growth companies such as Tesla (NASDAQ: TSLA ) Amazon.com (NASDAQ: AMZN ) and Alphabet (NASDAQ: GOOGL ) were down between 0.3% and 1.4%.

The S&P 500 has risen around 7% from its October closing lows on hopes of a less hawkish Fed, though the index has logged steep losses so far this year on recession worries stemming from the hefty rate hikes. 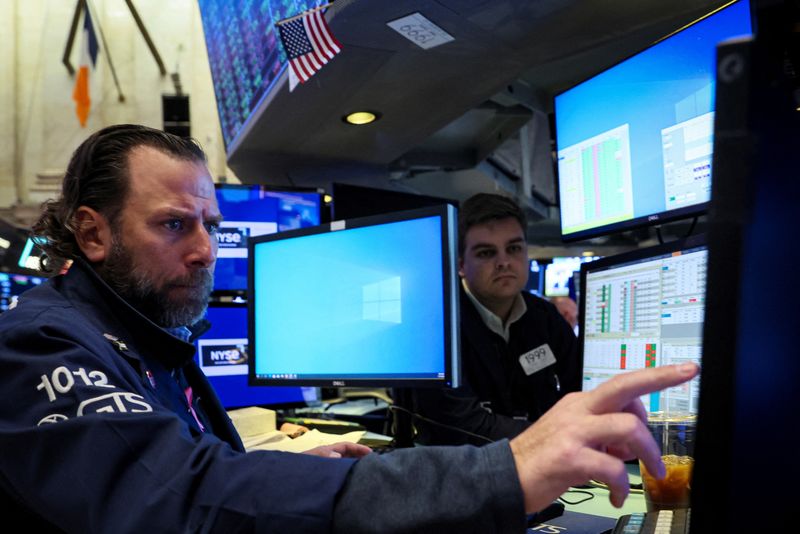 The S&P index recorded no new 52-week highs and one new low, while the Nasdaq recorded 22 new highs and 132 new lows.