Traders are seeing a slightly greater probability of the Fed raising rates by 50 basis points in September, rather than a third 75 basis-point hike. [FEDWATCH]

"The recent rally clearly has been driven by a combination of better than feared economic data and earnings."

The tech-heavy Nasdaq has bounced nearly 22% from its mid-June lows, while the benchmark S&P 500 has risen 17%, supported by upbeat results from corporate America.

Treasury yields pulled back slightly on Thursday, giving a boost to some high-growth and technology stocks in premarket trading.

The Fed has lifted its benchmark interest rate by 225 bps so far this year to control four-decades high inflation.

Data showing softer-than-expected inflation in July has sparked a risk-on rally in Wall Street in the last few weeks, with focus now on the Fed's annual Jackson Hole symposium next week.

Initial claims for state unemployment benefits slipped 2,000 to a seasonally adjusted 250,000 for the week ended Aug. 13, according to data from the Labor Department.

Retail earnings have been mixed so far, with encouraging reports from Walmart (NYSE: WMT ) and Home Depot (NYSE: HD ) earlier this week, while Target (NYSE: TGT )'s profit slump in the previous session dragged the retail sector down 1.2%. 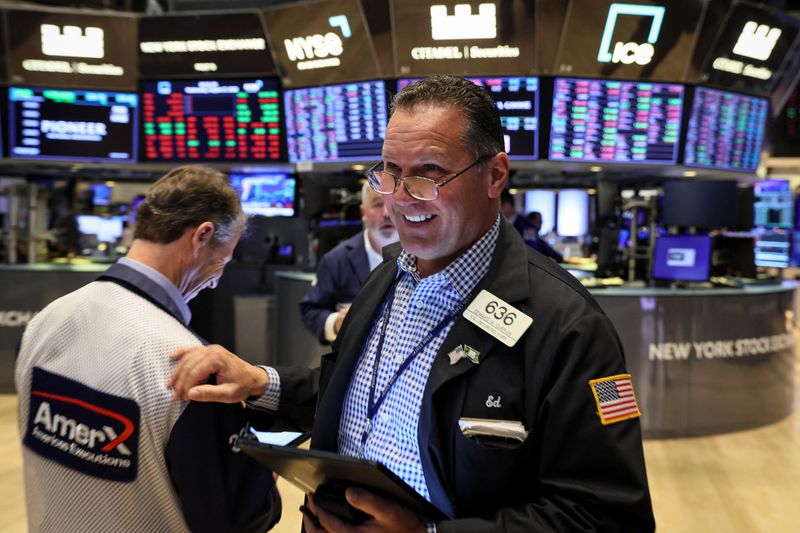 Kohl's Corp (NYSE: KSS ) dropped 8.5% in trading before the bell on Thursday after the retailer cut its full-year sales and profit forecasts.

Estee Lauder (NYSE: EL ) Cos Inc slipped 1.2% as it forecast full-year sales and profit below estimates, due to a hit from pandemic-related lockdowns in China.