The energy sector climbed 3.1% to lead a rise in economically sensitive sectors as oil prices gained on a larger-than-expected drawdown in U.S. crude inventories. [O/R]

That helped the S&P 500 rise from a more than three-week low and the Dow recover from a near two-month trough hit on Tuesday.

Industrial stocks were the second-best performers, rising 0.8% as data showed factory activity in the country continued to expand in August.

But even as activity rose 1% above pre-pandemic levels, the pace of growth slowed drastically last month due to disruptions from Hurricane Ida and a resurgence in COVID-19 cases.

Recent economic readings from across the globe, including weak Chinese retail sales and slowing growth in U.S. consumer prices, have suggested that the economic recovery in the second half of 2021 may not be as stellar as initially thought.

"It's just a softening of economic activity, not just in the U.S. but globally ... we still have the COVID Delta variant that's causing problems in a lot of areas," said Randy Frederick, managing director of trading and derivatives for the Schwab Center for Financial Research.

Stocks were also jolted this week by reports that the government was edging closer to hiking corporate taxes, which could eat into earnings.

"The Asian banks will get hit hard if there's a default, but then there will be a 10-year recovery process. The market's getting a hang of it. The way they've managed the news flow seems quite clever. They haven't let a swathe of bad news at once," said Keith Temperton, sales trader at Forte Securities.

Concerns over Evergrande's default have further dented appetite for Chinese stocks after a series of recent regulatory moves against major technology firms wiped out billions of dollars in market value.

Apple Inc (NASDAQ: AAPL ) fell 0.6% after losing 1% in the previous session on a somewhat lukewarm response to the unveiling of its Phone 13 and a new iPad mini.

Among other movers, lending platform GreenSky Inc surged more than 50% after Goldman Sachs Group Inc (NYSE: GS ) said it would buy the firm in an all-stock deal valued at $2.24 billion. 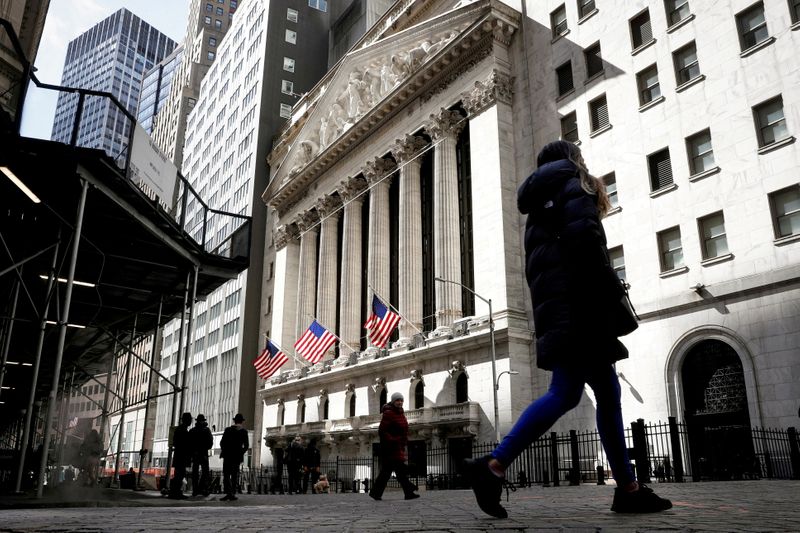