By Shreyashi Sanyal and Amruta Khandekar

(Reuters) - U.S. stocks slipped on Thursday, setting the Dow up for its worst first six months since 1962, on concerns that a dogged pursuit by central banks to tame inflation would hamper global economic growth.

Fears over slowing growth and surging prices have rippled through markets, with recession worries taking center stage as monetary policymakers across the world look to aggressively raise borrowing costs.

Federal Reserve Chair Jerome Powell on Wednesday vowed to not let the U.S. economy slip into a "higher inflation regime", even if it means raising interest rates to levels that put growth at risk.

The tech-heavy Nasdaq Composite came off session lows but was still set for its largest declines ever for the first-half, while the benchmark S&P 500 tracked its biggest January-June percentage drop since 1970.

All the three main indexes are on course to post their second straight quarterly declines for the first time since 2015.

Fed policymakers in recent days have set expectations for a second 75-basis points interest rate hike in July even as economic data painted a dour picture of the American consumer.

"Until inflation meaningfully rolls over which at this point will take, I believe months, it's going to be hard for the market to really find a bottom and begin a rally," said Ross Mayfield, investment strategy analyst at Baird.

Meanwhile, consumer spending, which accounts for more than two-thirds of U.S. economic activity, rose less than expected in May, indicating a tepid rebound in growth in the second quarter, while inflation maintained its upward trend.

"A lot of investors were expecting inflation data to really start to come down. But what we're finding is that it's a lot more challenging, and that the inflation data is remaining elevated for longer and probably has not peaked," said Sam Stovall, chief investment strategist at CFRA.

Heading into the second half of the year, bruised markets will continue to focus on inflation, unemployment and interest rate increases along with their impact on corporate earnings.

"There's a sense that the earnings picture is going to be the next shoe to drop and that downward revisions to earnings will catalyze another leg lower in the market," Baird's Mayfield said. 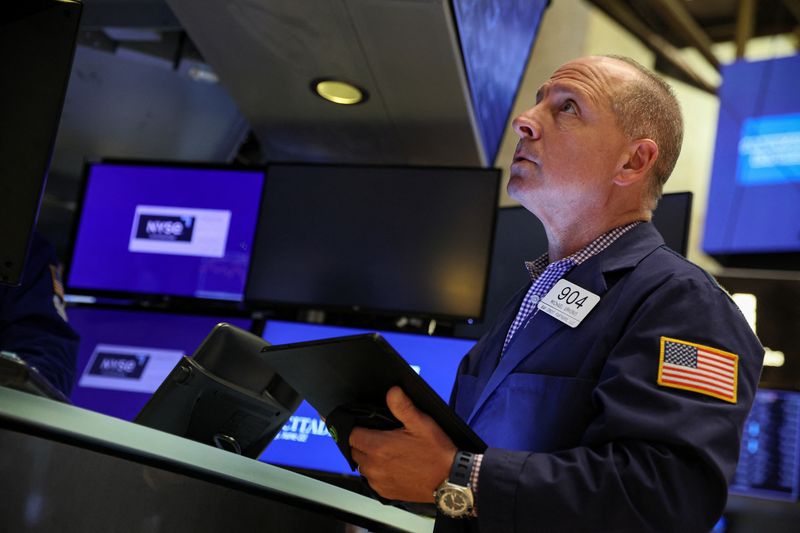 The S&P index recorded one new 52-week high and 42 new lows, while the Nasdaq recorded 11 new highs and 332 new lows.