By Tom Käckenhoff and Vera Eckert

FRANKFURT/DUESSELDORF/BERLIN (Reuters) -Germany’s Uniper is in talks about a possible government bailout as the financial fallout from dwindling supplies of Russian gas reverberates across Europe, sending shares in the energy company sliding.

The falling supply of gas has forced utilities across the continent into expensive spot market purchases to plug the gap while governments, worried about rising inflation, have capped prices for consumers, squeezing the finances of suppliers.

A German Economy Ministry spokesperson said the government was in talks with Uniper, one of Russian Gazprom (MCX: GAZP )'s biggest European customers, about stabilisation measures.

Uniper Chief Executive Klaus-Dieter Maubach said the talks included possible guarantees, raising credit facilities or even the state taking an equity stake. He did not say how much money he was seeking.

Fortum said it was supporting Uniper, which was forced to ditch its financial forecasts and issue a profit warning, with credit lines and guarantees, but it said the nature of the critical situation required "national and sector-wide efforts."

The head of Uniper's works council said the state should step in, possibly taking a majority.

German Chancellor Olaf Scholz, speaking during a NATO summit in Spain, said in reference to Uniper that the government knew what to do when it came to helping companies facing external shocks, without elaborating.

Uniper's plight will raise pressure on the government to allow utilities to pass on soaring energy costs to consumers, a step Germany stopped short of triggering when it moved to the "alarm" stage of its emergency gas plan earlier this month.

Berlin fears public protests if gas price hikes hit consumers in their millions directly. It is aiming to fill gas storage to 80% to prevent the crisis from escalating over winter and has reached 61% so far.

Governments across Europe are taking action to prop up strategic companies. Spain has approved a bailout package and the Czech Republic has been in talks with utilities about offering aid while new rules in Hungary allow the government to supervise energy firms. In Britain, however, dozens of energy companies caught between rising costs and the UK's energy price cap, have collapsed in the past 12 months.

Russia's invasion of Ukraine has exposed the EU's and particularly Germany's dependence on Russian gas supplies. Uniper, the first energy company in Germany to ask the state for help, said it had received only 40% of the contractually agreed gas volumes from Gazprom since June 16.

Across Europe the dwindling supply of Russian gas has sparked a frantic search for alternative energy sources, such as seaborne gas on liquefied natural gas (LNG) tankers, often at much higher prices.

Already before the war in Ukraine Uniper had asked for a 2 billion euros credit line from state-owned KfW bank, which has not yet been drawn, Maubach said.

The company had to write off a $1 billion loan to Nord Stream 2, the suspended new pipeline for Russian gas, in March.

It is trying to renegotiate contracts with customers, traders said, although Uniper said no customers had been approached about contracts in the context of the withdrawal of its financial outlook.

Canadian bank RBC, noting that Uniper had already been downgraded to the lowest investment grade rating by S&P , said: "Unless there is intervention to support the company, the situation looks precarious."

The bank's analysts said the focus will turn to other utilities.

Germany's RWE said in a statement to Reuters that its liquidity is sufficient and it was not in talks with the government.

Ahead of its first-half earnings due on Aug. 2, Uniper, which encompasses the activities of former gas champion Ruhrgas and serves customers across Europe, withdrew its 2022 profit guidance.

It now expects earnings before interest and tax to be “significantly below” previous years.

Global gas prices have been spiralling upwards since last year due to a stronger than expected post-COVID economic recovery while Russian exports had been quietly falling and inventories had been run down.

Europe is anxiously awaiting scheduled maintenance during July 11-21 on the Nord Stream 1 pipeline, which brings gas to Germany from Russia, hoping Russia reopens the pipeline as planned.

Gazprom maintains it is a reliable energy supplier that fulfils all its obligations. 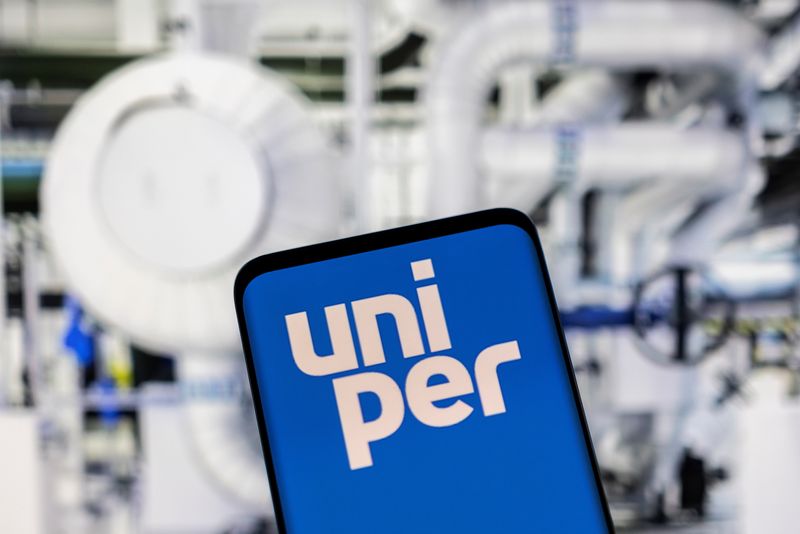 The benchmark Dutch front month price of gas was up 6.2%. Aurora Energy Research said European gas prices could go up by two thirds by the end of this year if Russian gas exports were halted.

Gazprom's share price meanwhile, was off 28% on Thursday after shareholders blocked a plan to pay dividends on last year's results.