(Reuters) -Two months into harsh COVID-19 lockdowns that have choked global supply chains, China's economy is staggering back to its feet, but businesses from retailers to chipmakers are warning of slow sales as consumers in the country slam the brakes on spending.

Car sales in the world's largest auto market have slowed dramatically, gamers are buying fewer consoles, and people are unwilling to replace their existing smartphones, laptops and TVs, as prolonged COVID curbs crimp spending power and put more people out of jobs.

"The current China lockdowns ... has implications to both supply and demand," said Colette Kress, chief financial officer at U.S. chipmaker Nvidia, which forecast on Thursday a $400 million hit to gaming sales from China's stringent coronavirus restrictions.

"You have very large cities that are in full lockdown, focusing really on other important things for the citizens there. So it's impacting our demand."

At least 14 analysts have cut their price targets on Nvidia following its latest earnings report, with the median price target now standing at $300, according to Refinitiv data.

In line with China's zero-COVID approach, Beijing, with its 22 million population, has clamped down on workplace attendance. Shanghai, the country's commercial hub, and numerous other giant cities are also shackled by partial lockdowns or other curbs.

Retail sales in April shrank 11.1% year-on-year, after falling 3.5% in March. UBS and J.P. Morgan lowered their full-year GDP growth forecasts for China to 3% and 3.7% respectively earlier this week.

E-commerce group JD.com Inc said last week the COVID-19 situation was far different than what China had previously experienced, when outbreaks were limited to smaller areas and had boosted online shopping.

"In April, the order cancellation rate was significantly higher than last year due to logistical disruptions. There was an improvement in May, but it was still higher than a year earlier," JD.com CEO Xu Lei said.

"Consumers are facing loss in income and confidence, and overall consumption is sluggish."

Alibaba (NYSE: BABA ) Group Holding's cited pandemic-related risks and uncertainties for not issuing a forecast for its new fiscal year on Thursday.

Since mid-March, domestic businesses have been significantly affected by the COVID-19 resurgence in China, the e-commerce giant said in its earnings statement.

Auto sales in China have faltered after years of blistering growth, and global automakers especially have taken a hard knock.

Sales of Tesla (NASDAQ: TSLA ) in China - where the company has struggled to get production back to pre-pandemic levels - was nearly wiped out last month.

And while retail car sales for the first three weeks of May rose 34% from the same period in April, they was 16% lower than a year earlier, the China Passenger Car Association said on Wednesday and called for more government support.

The industry body said a drop in income related to COVID-19 was depressing sales, even in parts of China that are not locked down.

Lenovo, the world's largest PC maker, reported on Thursday its slowest quarterly revenue growth in seven quarters as demand for its personal computers waned after two years of pandemic-driven demand. 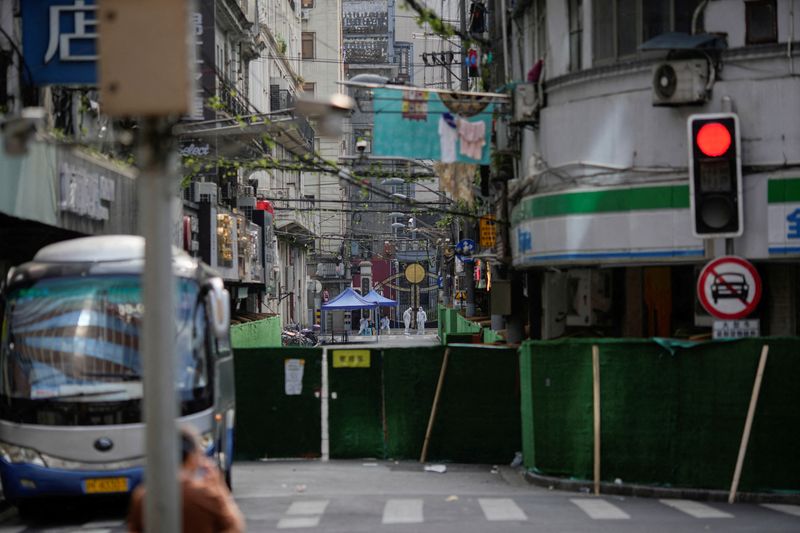 "Even when China comes out of isolation, the bounce back will not be as quick and as immediate as we have seen in Europe and the United States," Johann Rupert, Chairman of Swiss firm Richemont (JO: CFRJ ) said last week.