By Joseph White and Ben Klayman

DETROIT (Reuters) -General Motors Co on Tuesday said it will spend more than the $35 billion previously planned through 2025 to speed up launches of new electric vehicles, and noted that investments in technology will take priority over richer profits next year.

"What we're doing here is essentially redeploying some of the upside earnings from the additional volume into acceleration and taking a longer-term view than just trying to maximize short-term profit," GM Chief Financial Officer Paul Jacobson said during a conference call.

GM plans annual capital spending of $9 billion to $10 billion this year and for the next several years, Jacobson said. GM is not paying a dividend.

Chief Executive Officer Mary Barra said GM is "accelerating within the '20 to '25 timeframe from the $35 billion, but there's also some investments that we're pulling in" that were planned later in the decade.

Barra said GM will announce the site for a fourth electric vehicle battery plant by the end of June, and will invest in a third electric truck assembly plant. The company has 110,000 reservations for the electric version of its Silverado pickup, Barra said.

Barra did not give a new figure for total EV investments through 2025. GM said in its quarterly report it expects to spend $1.5 billion more this year to speed software development and accelerate its EV portfolio.

GM's share price has fallen from its recent highs as rival Ford Motor (NYSE: F ) Co increased investments in its own electric vehicle programs, particularly the electric Ford F-150 Lightning pickup truck. By contrast, GM has until now taken a more conservative approach, planning more EV launches and capacity for the latter years of the decade.

Now, Barra and other GM executives are turning up the volume on their argument that GM has a better long-term plan, and is ready to move faster in response to growing demand for electric vehicles.

Barra said offering more affordable electric vehicles is key to the company's plans. GM will launch a $30,000 electric Chevrolet Equinox next year and is working on another, lower priced electric vehicle.

During the fourth quarter, GM built almost no electric vehicles in North America because of a battery recall that shut down production of Chevrolet Bolt EVs.

This year and next, Barra said GM plans to deliver 400,000 EVs in North America, and plans 20 electric models in North America and 30 globally by 2025. Morgan Stanley (NYSE: MS ) analyst Adam Jonas asked Barra during a call Tuesday if that meant GM will have a lot of low volume electric vehicles.

"We think several of those models are going to be over 100,000 units (annually) or more than that," Barra said.

GM also will increase spending and hire 500 more staff at its Cruise robo-taxi unit, which earlier Tuesday said it will receive another $1.35 billion in investment from Softbank Group (T: 9984 ) Corp in anticipation of launching commercial ride services.

Fourth-quarter net income was $1.67 billion and operating profit was $2.8 billion. GM's net income margin in the quarter shrank to 5.2%, compared with its full-year net margin of 7.9%. 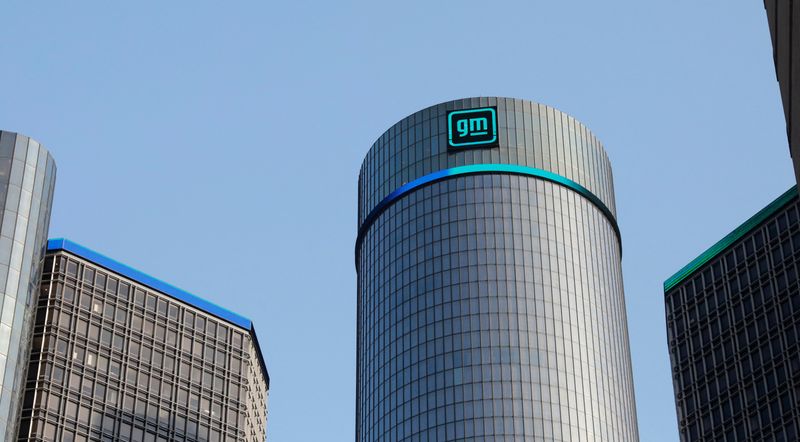 The automaker's vehicle sales and market share declined in 2021, while EBIT-adjusted margins jumped as GM focused on sales of more profitable pickups and SUVs.

GM shares dipped in after-hours trade before recovering to about $54, just above the closing price of $53.95.