(Bloomberg) -- Swiss refiner Valcambi SA tried for five straight days last month to move a shipment of gold out of Hong Kong. Twice the metal was packed carefully onto a plane, only to be offloaded again.

After daily attempts and numerous arguments, the gold suddenly arrived in Switzerland without warning, said Chief Executive Officer Michael Mesaric. “We had not even asked for a slot.”

The coronavirus crisis has shone a light on a corner of precious metals markets that usually draws little attention: the logistics of transporting gold, silver and other metals across the world. The business is dominated by companies including Brink’s Co., G4S (CSE: G4S ) Plc, Loomis AB and Malca-Amit, which link miners and refiners with gold trading and consumption hubs around the world.

In normal times, gold bars worth millions of dollars travel the world in the cargo holds of commercial planes, just a few meters from the feet of passengers, before being whisked in armored trucks to refineries and vaults. But the grounding of flights has had a chaotic effect on an industry that’s used to relying on instantaneous delivery: prices in key markets have diverged dramatically, and the London gold market has even started talking about allowing delivery in other cities around the world.

Now, with global travel at a standstill, the precious metals industry is scrambling for alternative ways to keep the market moving. It’s a world of logistical headaches: even when space can be found on a plane, packages are often turned away if essentials like medical supplies need to travel instead.

Another big name in the business, Malca-Amit could deliver within 24 hours before the health crisis, said managing director of Malta-Amit Singapore Pte. Ariel Kohelet. Now it’s more like 48 to 72 hours, and costs have risen.

“We’ve widened our use of cargo-only aircraft that are not dependent on passengers to fly and we’ve also chartered aircraft,” he said.

Read more: The Global Airline Shutdown Has a Surprise Victim

Some in the market say they’re managing to keep operating without delays. However, it’s been particularly difficult to get metal in and out of Asia, said Robert Mish, president of precious-metals dealer Mish International Monetary Inc.

It’s even getting more expensive to move gold that doesn’t typically travel by airplane.

Read more: The Gold Market Is Being Tested Like Never Before

Lockdown regulations and red tape have contributed to the delays, said Peter Thomas, a senior vice president at Chicago-based broker Zaner Group. When he tried to fly some silver out of Peru in early April, authorities initially refused to approve loading documents or allow union workers to load the plane. The metal was eventually moved on private aircraft, he said.

“It was expensive but it got done,” he said. “I think that as the virus subsides and as we get rolling again, we’re going to see a lot of product that has been sitting around, especially in smaller refineries, hit the market.” 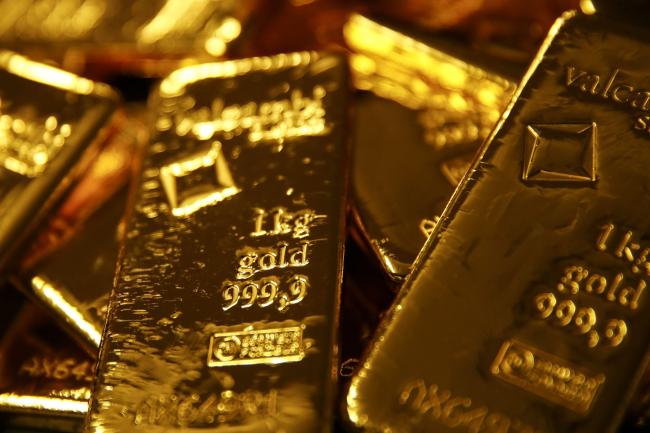