(Reuters) - Gold fell more than 1% on Friday and is set for its fourth straight weekly decline, as the dollar's strong run with more aggressive U.S. interest rates on the horizon sapped appetite for bullion.

U.S. Federal Reserve Chair Jerome Powell said on Thursday that the battle to control inflation would "include some pain", as the impact of higher interest rates is felt.

"Gold is being weighed down as the Fed has been committed to raise interest rates at a fast pace and in addition, the dollar has been extremely strong," said David Meger, director of metals trading at High Ridge Futures.

"Going forward, the inflation numbers are what the market will closely watch."

The dollar index was set for a sixth consecutive weekly gain, hovering near a 20-year high. [USD/]

Although seen as an inflation hedge, bullion yields no interest and is sensitive to rising U.S. short-term interest rates and bond yields.

"A rebound in global stock markets amid less risk aversion in the marketplace to end the trading week is also a negative for the safe-haven metals," said Kitco senior analyst Jim Wycoff in a note. 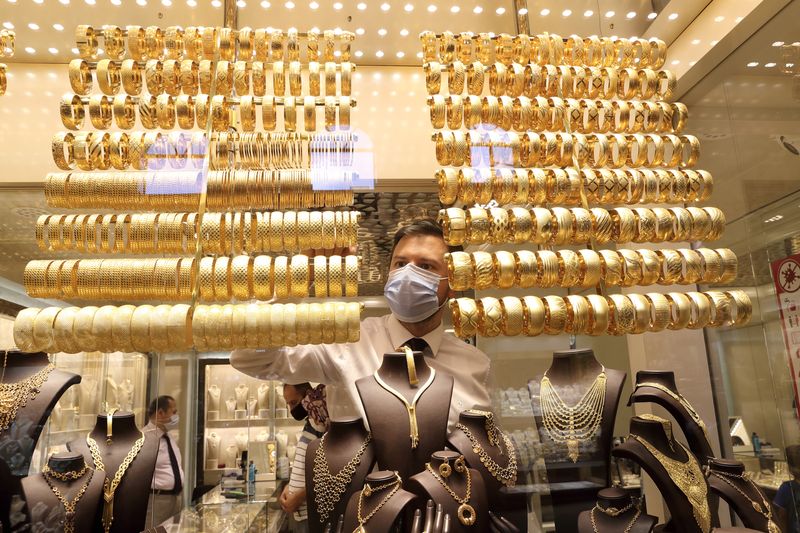 "Overwhelming concerns about supply disruptions in Russia take precedence in palladium market and there is active buying into dips as prices have come down dramatically," added Meger.