(Reuters) - Gold pared some losses on Wednesday after minutes from a Federal Reserve meeting suggested the central bank would stick to raising interest rates by half a percentage point in the June and July meetings.

All participants at the Federal Reserve's May 3-4 policy meeting backed a half-percentage-point rate increase to combat inflation that threatened to race higher without central bank action, its minutes showed.

Gold pared losses after the minutes were in, yet stayed lower, having been down for most of the day on a stronger dollar.

"While the Fed minutes were broadly in line with market expectations, the Fed did state 50 bps increases would likely be appropriate at the June and July meetings," said Suki Cooper, an analyst at Standard Chartered (LON: STAN ). "Market focus is likely to remain on inflation data and signs of cost pressures easing."

Even though gold is often seen as a hedge against inflation, rate hikes erode its appeal as they tend to lift bond yields, raising the opportunity cost of holding zero-yield bullion. 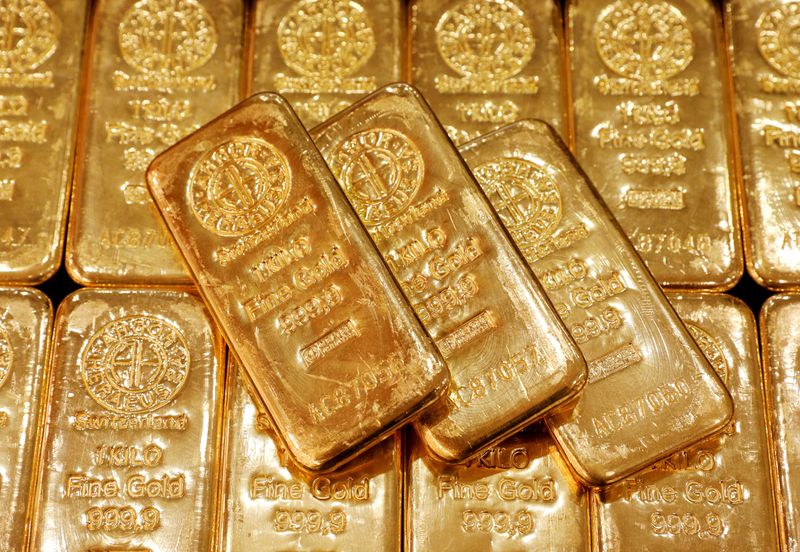 "Platinum and palladium are being kept in check by the ongoing problems in the automotive industry, which is slowing demand for these precious metals," Commerzbank (ETR: CBKG ) analysts said in a note.