(Reuters) - Gold extended its selloff to an over nine-month low on Wednesday hurt by a stronger dollar, while the Federal Reserve's June meeting minutes established a more "restrictive" monetary policy.

The dollar hit a two-decade high, up 0.5%, emerging as the preferred refuge of late for investors looking to hedge growing recession fears, while also making bullion pricier for overseas buyers.

The Fed minutes saw participants justifying the 0.75-percentage-point increase and a likely increase of 50 or 75 basis points at its meeting later this month.

"Gold's price reaction has been rather muted as it had already started to price in a rising probability of another sharp rate hike in July," said Standard Chartered (LON: STAN ) analyst Suki Cooper.

"In recent sessions, gold has succumbed to the risk-off sentiment as the dollar has benefited."

"The hawkish Fed minutes which suggested an 'even more restrictive stance' provided no relief for metals markets," said Tai Wong, an independent metals trader based in New York.

"While a short-covering rally is possible if payrolls are soft, a lasting upturn (for gold) will require a softer U.S. CPI reading next week. That's needed to pull the Fed back from launching another massive tightening volley," Wong added. 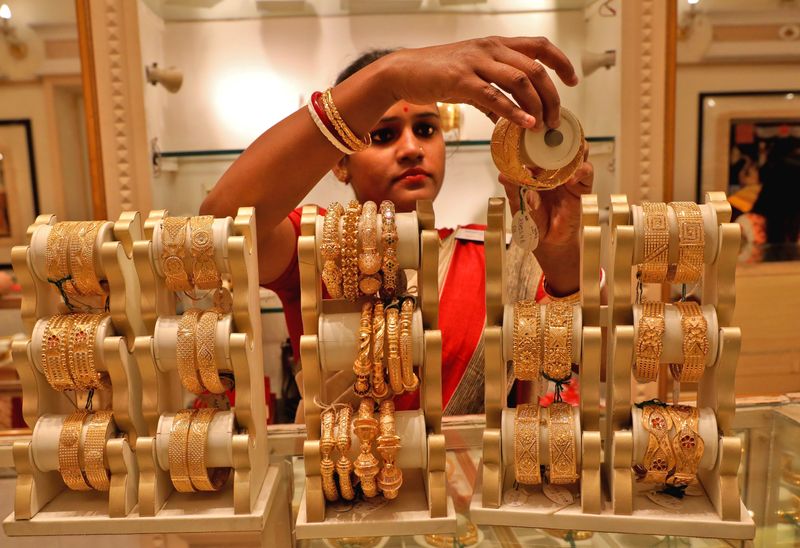 More major central banks raised rates in June than in any month in at least two decades, Reuters calculations showed.