Global stock markets and oil gained, leaving traders to dump safe-haven currencies and bonds, as markets took confidence from reports in South Africa earlier in the week saying that Omicron cases there had only shown mild symptoms.

Preliminary evidence indicates that the Omicron variant of the coronavirus likely has a higher degree of transmissibility but is less severe, top U.S. infectious disease expert Anthony Fauci said on Tuesday.

Developments in China contributed to the risk-on tone, as the People's Bank of China (PBOC) said it would lower the amount of cash that banks must hold in reserve. This was its second such move this year and is seen as a way to release liquidity to support economic growth.

The Australian dollar, seen as a liquid proxy for risk appetite, was on pace for its best day in more than three after the Reserve Bank of Australia (RBA) expressed confidence that the emergence of the Omicron variant would not thwart economic recovery.

"The Australian dollar is leading gains among the major currencies on the session following comments from the RBA indicating that it did not expect the Omicron variant to derail the recover," Shaun Osborne, chief FX strategist at Scotiabank, said in a note.

"That seems to be developing into a broader working theory for markets as the variant appears — at the moment— to be more infectious but less deadly than the Delta (variant)," Osborne said.

Data on Tuesday showed the U.S. trade deficit narrowed sharply in October as exports soared, potentially setting up trade to contribute to economic growth this quarter.

Sterling was pinned near 2021 lows against the U.S. dollar amid growing expectations that the Bank of England will keep interest rates unchanged next week. 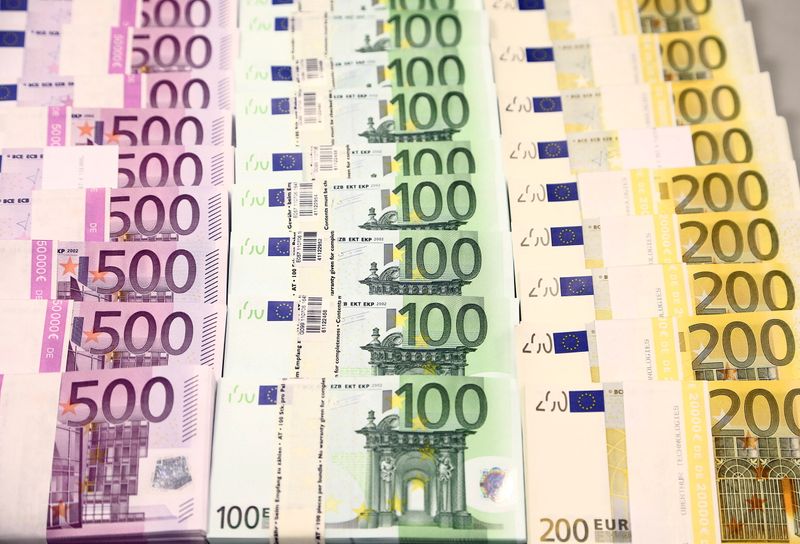 The rouble was little-changed on the day against the greenback after U.S. President Joe Biden told Russian President Vladimir Putin on Tuesday the West is concerned Russia will invade Ukraine and warned of "strong economic and other measures" as punishment should Moscow start a military conflict.

Major cryptocurrencies continued to recover following the weekend's crash. Bitcoin was up around 2% at $50,917.73.