(Bloomberg) -- HSBC Holdings Plc (LON: HSBA ) shares in Hong Kong rose after it emerged late Friday that the bank’s largest active investor would support a breakup of the lender on the basis that a separate Asia-listed unit would create shareholder value.

Ping An Insurance (Group) Co. has held discussions with the bank on the idea of spinning off HSBC’s Asian operations and listing them separately in Hong Kong, Bloomberg News reported on Friday. The shareholder believes a spinoff would win broad investor support.

In 2020, HSBC shocked investors by announcing it would scrap its dividend, under pressure from the U.K. regulator, creating an uproar among retail investors in Hong Kong. The push is gathering support among some shareholders in Hong Kong.

“We are standing on the same side as Ping An,” said Simon Yuen, Hong Kong-based founder of Surich Asset Management, whose firm manages money for clients who hold HSBC shares. Yuen declined to disclose how many shares they hold, citing client confidentiality.

Yuen sees a divergence in monetary policy between China and other countries such as the U.S. and said that HSBC would be better able to accommodate requests from different governments if its business is split.

The push may also rekindle a debate over HSBC’s headquarters. Hong Kong’s government, which had made no move to limit dividends of the banks it regulates, said it would welcome HSBC returning its headquarters to the city, according to a previous report in the South China Morning Post

HSBC is in the midst of a global reorganization intended to focus its resources on growing its core Asian markets, which are seen as providing the lender with the best growth opportunities. The bank is steering billions of dollars in capital toward Asia, while curbing or exiting unprofitable operations in Europe and the U.S.

HSBC reported first-quarter results last week and said more share buybacks were unlikely this year as a drop in a key measure of its capital strength took the shine off better-than-estimated earnings. 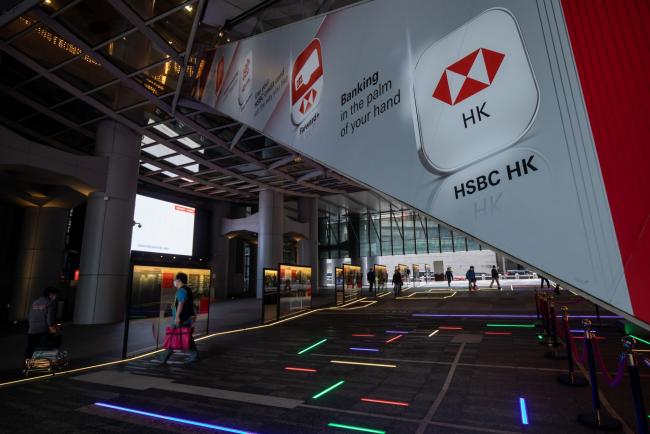