ENI (MI: ENI ) SpA (NYSE: E ) became the latest oil company to cut its long-term price assumptions, saying the coronavirus pandemic would have a lasting impact on the industry.

Eni now sees benchmark Brent crude at $60 a barrel in 2023 real terms, down from a previous estimate of $70, the company said late Monday, warning of impairment charges. Rivals Royal Dutch Shell Plc (LON: RDSa ) and BP Plc (NYSE: BP ) have also cut price forecasts as the lockdown-induced slump batters their business, forcing producers to reassess the value of their assets amid a shift to cleaner energy.

“Having considered the prospect of the pandemic having an enduring impact on the global economy and the energy scenario, Eni has revised its view of market fundamentals,” the Rome-based producer said in a statement. The company said it would stick to -- or even speed up -- its long-term climate strategy presented in February.

The spread of the coronavirus across the world this year wiped out fuel demand, hitting oil majors’ earnings in the first quarter and threatening worse to come in the second. Despite a recent rebound in consumption in some of the worst-hit countries, resurgent waves of the virus show the recovery remains fragile.

Lowering price forecasts “appears to be the flavor of the month,” Biraj Borkhataria, an analyst at RBC Europe, said in a note. At Eni, “we do not see its current dividend as compatible with its aggressive decarbonization strategy.”

Last month, BP signaled it would make the biggest writedown on the value of its business since the 2010 Deepwater Horizon disaster, as it cut estimates for oil and gas prices in the coming decades between 20% and 30%. Two weeks later, Shell also said it had revised its mid- and long-term pricing outlook, and warned of a record writedown. 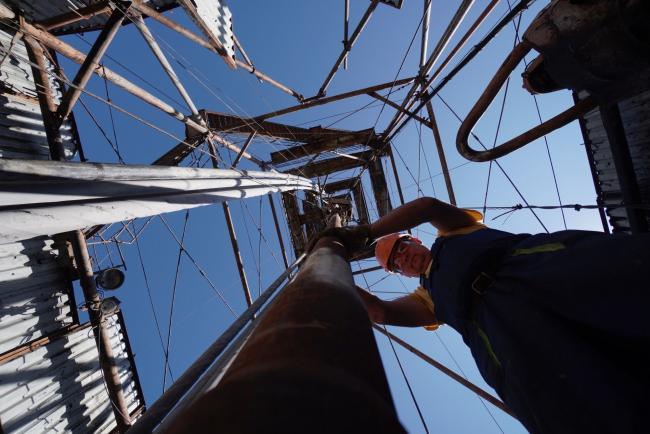