(Bloomberg) -- Japan is set to declare a new state of emergency over the coronavirus, in a move that could lead to a last-minute ban on fans at the Tokyo Olympics , though it is unlikely the games will be canceled.

Virus policy czar Yasutoshi Nishimura told an advisory panel Thursday the government wanted to declare an emergency in the capital from July 12 to Aug. 22, which would cover the entire period of the games. Prime Minister Yoshihide Suga is set to give a press conference on the decision at 7:00 p.m. Japan time.

“New infections are continuing to rise,” Nishimura said, in explaining the move. “People are moving around more and the delta variant, which is highly infectious, is accounting for about 30% of cases.”

He added that Japan had seen a rise in case numbers this time last year, as people became more active during the summer holidays. Okinawa, a popular subtropical vacation spot, is set to remain under a state of emergency, Nishimura said.

The decision comes after virus cases in Tokyo leaped to 920 the previous day -- the highest since May 13. Daily infections have been on the rise since the city ended its third state of emergency on June 20, while only about 15% of Japan’s population is fully vaccinated.​ The capital accounts for about a fifth of Japan’s economic output.

A state of emergency is unlikely to trigger the cancellation of the Olympics, set to run from July 23 to Aug. 8, with officials from the organizing committee having said previously they’re prepared to hold events without spectators if necessary.

The final decision on whether to allow domestic fans will be made at a five-party meeting including the International Olympic Committee, the organizing committee and the Japanese government. The talks may happen as early as Thursday, according to media reports. Overseas spectators have already been excluded from the games.

Olympic organizers had decided late last month to cap spectators at 10,000 per venue or 50% of venue capacity, whichever is smaller. The government had recently been considering cutting that to 5,000 spectators per venue, according to local media reports.

Olympics Chief Arriving in Tokyo as Concerns Loom Over Games (1)

The government’s top Covid-19 adviser has repeatedly said it would be preferable to hold the games without spectators and scale back attendance by other people connected to the event, who are not classified as spectators.

Tokyo is currently subject to looser virus measures, which are scheduled to end July 11. A ban on serving alcohol at bars and restaurants will be reimposed, Nishimura said, adding that he was considering speeding up subsidies for affected businesses.

While the renewed state of emergency is likely to push back the timing of the recovery, economists generally played down the severity of its likely impact on the economy. Japan’s gross domestic product shrank in the first three months of the year and is thought to have barely eked out growth last quarter.

“Another emergency isn’t good for the economic outlook, but it’s unclear how much further damage this will bring,” said economist Masaki Kuwahara at Nomura Securities. “Recent activity patterns suggest that the state of emergency itself doesn’t keep people from going out. They judge infection risks for themselves.”

Still, with fans likely to be banned from the major Olympic events, alcohol restricted and authorities calling on the public to stay at home, hopes that the games might mark a psychological turning point toward post-Covid life are all but extinguished.

“Without spectators there’ll be no domestic travel, no visitors from the regions, and all the related restaurant and travel demand will also disappear,” said economist Atsushi Takeda at Itochu Research Institute.

The situation will further incentivize the government to make an expected economic stimulus package look impressive, as Suga heads into a party leadership election and a general election in the coming months, he added.

Economists surveyed by Bloomberg earlier this month expect the government to put together a stimulus package of at least 20 trillion yen.

Although Japan has fared better than other rich nations in keeping infection numbers low, the nation’s vaccination drive got off to a slow start and after accelerating rapidly it’s now facing localized distribution issues. Public opinion polls show voters are critical of Suga’s handling of both the virus and the vaccination program. 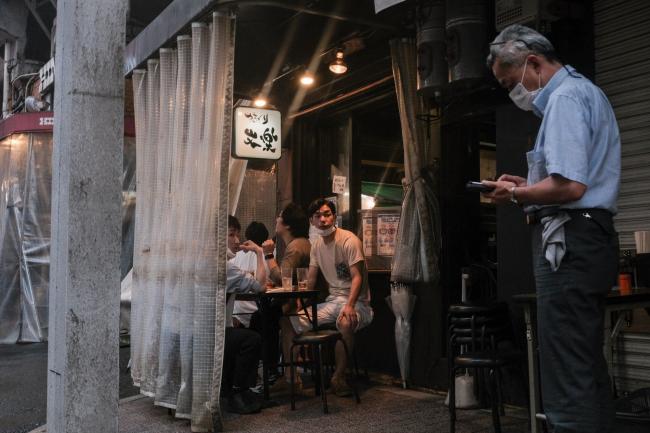