(Bloomberg) -- Federal Reserve Chairman Jerome Powell makes no secret of his admiration for Alan Greenspan. And now, more than half-way through Powell’s four-year term, his Fed is looking a lot like that of the man once dubbed the monetary maestro.

It is a Fed that, as pronouncements at the institution’s virtual policy symposium last month made clear, prioritizes flexibility in setting monetary policy as it grapples with a pandemic that has devastated the economy. There will be no hard-and-fast rules that determine when to raise interest rates and when to cut them.

Ahead of a policy making meeting next week, discretion -- a hallmark of Greenspan’s time atop the Fed -- is in vogue once again as officials pursue an ultra-expansionary policy to slash unemployment and lift inflation temporarily above its 2% target.

Unlike his immediate predecessors -- Janet Yellen and Ben Bernanke -- Powell isn’t an economic Brainiac with a PhD from a prestigious university. A lawyer who made a fortune in private equity, the politically savvy Powell prides himself for his plain talk, not his familiarity with complex economic models that spit out precise policy prescriptions.

“Bernanke and Yellen wanted to make monetary policy scientific,” said Mellon chief economist Vincent Reinhart. “Powell wants to build the Fed’s constituency with the American public and politicians and to do so by backing away from the image of central bankers in white lab coats.”

Even the most theoretically rigorous economists would probably agree that the Fed needs to be nimble in battling the coronavirus crisis, given how uncertain the outlook is. Economic models built on past relationships are of limited value in analyzing a once-in-a-century catastrophe.

But discretion has its downsides. It’s harder for the Fed to convince consumers and companies that it’s serious about hitting its new 2% average inflation target without an ironclad commitment to do so. That’s a worry, given how large a role expectations play in the inflation process: If people believe prices are headed higher, they act in ways that tend to bring that about.

A flexible Fed may also be more susceptible to political pressure to keep interest rates low for too long -- pressure that could intensify as government debt spirals upwards. During Powell’s first two years in office, President Donald Trump frequently harangued the Fed for keeping rates too high -- to little apparent effect. A future chair might not be so steadfast.

Another danger from Powell’s uber-expansionary policy: Frothy asset markets. That’s a hazard familiar to Greenspan. His largely successful 20-year career managing the economy was marred by the 2001 Nasdaq stock-market collapse and his tolerance of a housing bubble that burst after he left the Fed in 2006.

The revamped strategy commits the central bank to a goal of maximum employment that for the first time is described as “broad-based and inclusive.” That’s particularly well-timed given the disproportionate impact the pandemic has had on the lives and livelihoods of Black people and other minorities -- and the pressure on the Fed to do something about it.

The change was welcomed by Democrats and Republicans.

Representative Emanuel Cleaver, a Missouri Democrat who chairs the House Financial Services Committee’s monetary policy panel, said he was “personally pleased” by the move, while the committee’s ranking Republican, North Carolina’s Patrick McHenry, called the strategy “a positive thing for the American worker.”

Policy makers also reinterpreted their 2% inflation target, saying they are aiming for that result over time and are willing to temporarily accept price increases above that, without spelling out by how much or for how long.

“We are not tying ourselves to a particular mathematical formula that defines the average,” Powell told the Fed’s annual Jackson Hole policy conference on Aug. 27. “Our decisions about appropriate monetary policy will continue to reflect a broad array of considerations.”

Powell “is somewhat wary of getting boxed in,” the Deutsche Bank (DE: DBKGn ) global head of economic research said.

At a Sept. 1 virtual Brookings Institution conference, Bernanke tried to argue that the Fed’s new blueprint was not all that different from more precise policy prescriptions proposed by himself and others. In the end, though, he had to acknowledge that the governing document “is not very explicit.”

Asked to grade the Fed’s effort, the former university professor gave it an “incomplete,” saying he expects it to soon unveil more precise guidance on its interest rate plans.

Greenspan never publicly embraced a numerical target for inflation. Instead he said the Fed would know that it had achieved price stability when households and businesses no longer took inflation into account.

It wasn’t until 2012 that the Bernanke-led Fed adopted a 2% inflation target in its first ever long-run strategy statement.

“When they put out the statement in 2012 the impulse was to etch it in stone,” Reinhart said. “The new version is much more situational. It isn’t for the ages.”

The latest document underscores the Fed’s dilemma today -- a structurally low interest-rate environment -- and promises an in-depth review of the strategy in five years.

“The whole framework is pitched in terms of trying to preserve stability in a complex economic system rather than run a two-variable optimization exercise in an economic model,” said Wrightson ICAP (LON: NXGN ) chief economist Lou Crandall.

There are fewer trained economists among Fed policy makers now than there were back in 2012, he pointed out.

The Fed’s review included 13 research papers by staff economists on everything from the impact of average inflation targeting on Black people’s well-being to the fallout it might have in financial markets. That led PGIM Fixed Income chief economist Nathan Sheets to suggest the new strategy is “a fusion of Greenspan with Bernanke and Yellen. It’s rooted in sophisticated state of the art thinking in the economics profession but it also relies heavily on discretion.”

In his first speech at the Fed’s policy conference held in Jackson Hole, Wyoming, in 2018, Powell highlighted the uncertainties surrounding such economic concepts as the natural rate of unemployment and praised Greenspan for allowing joblessness to fall below that perceived level in the late 1990s.

The Powell framework takes that one big step further. Instead of shying away from pushing unemployment below its natural rate, the Fed is now open to allowing joblessness to fall ever lower so long as inflation doesn’t show signs of rising too rapidly.

There’s a long-running debate in the economics profession over the best way to conduct policy -- via rules or discretion. Supporters of rules contend that a more predictable policy is superior because it enables companies and consumers to better plan for the future. Those who favor discretion argue that central bankers need leeway to respond to changes in the economy.

In the end, though, Powell recognizes that the success of his new approach depends on deeds, not words.

“What we do going forward is really going to decide the effectiveness of the changes that we’ve made,” he told the virtual Jackson Hole conference last month. “Time will tell and our actions will ultimately tell.” 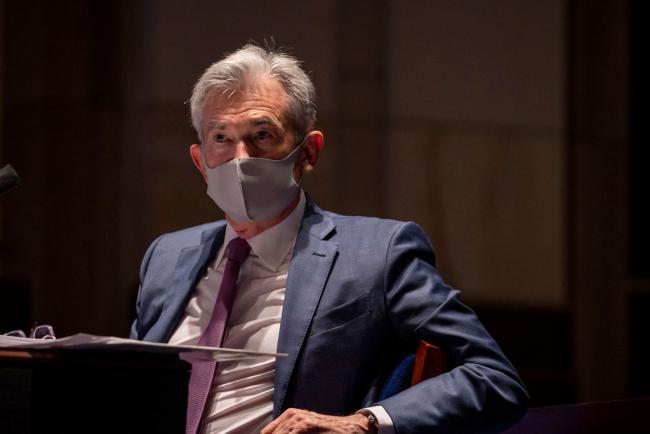