(Bloomberg) -- HLB Inc., a South Korean drugmaker, almost doubled its stock price in the past two months after saying its gastric cancer treatment was named in “The Best of ESMO 2019” list by the European Society for Medical Oncology.

But ESMO, a non-profit organization of medical professionals, said late Monday that there was never an official award. HLB had trumpeted its recognition from ESMO on Oct. 2.

Instead, HLB was included in a list of highlights during a four-day conference in late September for providing “interesting results” of its Rivoceranib drug trial, ESMO spokeswoman Louise Troeng wrote in an emailed response to Bloomberg queries on what the recognition meant. The inclusion doesn’t represent any explicit or implicit recognition from ESMO, she said.

“The ANGEL trial was not recognized with any official award during the ESMO Congress,” Troeng said. “We regret any inconvenience caused by a misinterpretation of facts” cited in HLB’s statement, she said.

“It is true that our phase III clinical study for Rivoceranib was selected as the Best of ESMO” in the gastrointestinal tumors category, HLB said in a text message to Bloomberg. The company said it never used the word “award.”

Read more: The Spectacular 770% Surge of a Biotech Stock After Study Failed

Since Oct. 2, HLB shares have gained 92% to 134,300 won as of Tuesday. The stock reached a 16-year high in mid-October after Chief Executive Officer Jin Yang-Gon said in several television interviews that the company will develop five cancer drugs in the next five years.

The company also said it met with the U.S. Food & Drug Administration on Oct. 24 for a pre-new drug application for Rivoceranib. HLB declined to disclose minutes of the meeting on Nov. 21, saying in a statement that “it’s like divulging the recipe for a dish during a review by Michelin (PA: MICP ).”

The stock is up 221% in the past three months, the best performer on the MSCI Emerging-Markets Index.

Still, there could be some skepticism about the company’s ambitions. Short-selling turnover rose to a record in October, even as retail investors piled into the stock. Individual traders added a net 288 billion won ($245 million) worth of HLB shares this year, while both foreign and institutional investors were net sellers.

It hasn’t always been a smooth ride for HLB. In June, shares tanked when the company said the phase III clinical trial of Rivoceranib failed in terms of overall survival. The stock then surged on Sept. 30 when the firm said its global clinical study for the drug was successful. 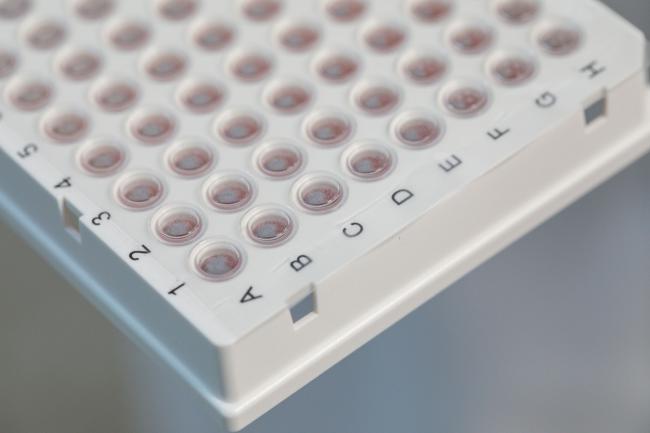