The company lowered its outlook for full-year sales and earnings on Tuesday as higher prices for gas and groceries curtail discretionary spending in some categories, including casual athletic clothing and home items that were popular during the pandemic.

But some Macy’s segments remain strong, Gennette said. Shoppers are still looking for items such as dresses, office clothes and tailored sportswear. Demand for higher-end products has also held up. That bodes well for the upcoming holiday season, he said.

“I’ve got some categories where there’s a glut of inventory in the industry,” Gennette said in an interview. “But I also have categories that are flying right now.”

Macy’s shares rose as much as 8.8%, paring a recent slump. The stock has fallen 24% since the beginning of the year.

Same-stores sales declined last quarter at Macy’s eponymous stores, but they rose at Bloomingdale’s, a department-store chain that caters to high-end shoppers, and Bluemercury, an upscale beauty brand that the retailer also owns.

Gennette said the amount of shopping taking place at brick-and-mortar stores caught Macy’s by surprise last quarter. The company is still “very bullish about digital growth” but it’s less of a driver than originally expected, he said. 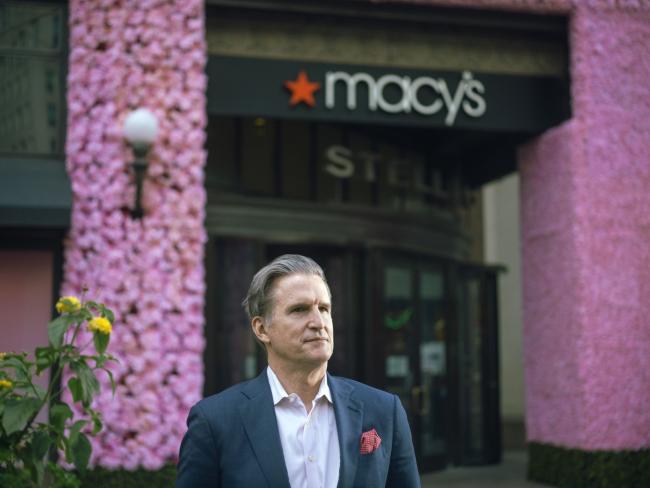