The Malawi Supreme Court of Appeal decision ends years of confusion over the status of prisoners on death row. ShutterstockThe Malawi Supreme Court of Appeal abolished the death penalty in April, the most notable decision against capital punishment since the South African Constitutional Court found the penalty unconstitutional in 1995. The Malawian decision is significant because Malawi’s constitution specifically provides for the death penalty (in Article 16), unlike the unqualified right to life in the South African constitution.

The Malawian decision ended years of confusion over the status of the remaining 37 prisoners on death row. Nearly 15 years ago, the Malawi High Court abolished the mandatory death penalty for murder. It had found that an automatic death sentence did not sufficiently individualise sentencing and, therefore, was cruel and degrading punishment.

But, the ruling was not clearly retroactive. Many defendants were still appealing their mandatory death sentences or had them commuted to life imprisonment without ever having a sentencing hearing. This “grey area” led to the latest court challenge brought by Charles Khoviwa, a death row inmate and client of Reprieve, a legal action non-profit organisation, and the Malawi Legal Aid Bureau, that resulted in the abolishment.

Read more: Why the death penalty is losing favour in sub-Saharan Africa

Although the Khoviwa decision was particular to Malawi’s progressive constitution, the case has implications for other Southern (NYSE: SO ) African countries, most of which keep the death penalty on the books but do not use it in practice.

Malawi’s constitution came out of a public consultative process, initiated after a one-party dictatorship that ended in 1994. As a result, this newer constitution has some progressive elements. They include that Malawi must consider international law obligations and may look to foreign case law in deciding constitutional disputes.

Because Malawi’s constitution is a living document that evolves, the Supreme Court of Appeal considered the global decline of capital punishment.

In the Khoviwa case, the court considered Article 16 of the Malawian constitution. The court explained that the wording of this provision created two separate rights: the right to life and the right not to be arbitrarily deprived of life. This is clear in the text:

Every person has the right to life and no person shall be arbitrarily deprived of his or her life.

But, the wording of the second sentence of Article 16 was unusual compared to other Commonwealth and African constitutions. This said, in the relevant part:

the execution of the death sentence … shall not be regarded as arbitrary deprivation of his or her right to life.

The wording of Malawi’s constitution is peculiar. The constitutions of its southern African neighbours; Botswana, eSwatini, and Zambia have a right to life provision that specifically provides for the death penalty. This, without setting out a separate right not to be arbitrarily deprived of life. As a result, the reasoning of the Malawi Supreme Court of Appeal in the Khoviwa case is not precisely applicable.

Kenya and Zimbabwe have more complex constitutional “right to life” provisions. Zimbabwe’s 2013 constitution provides for the death penalty in an extremely narrow class of cases - adult men between the ages of 21 and 70 and only for the crime of aggravated murder.

[one] shall not be deprived of life intentionally, except to the extent authorised by this Constitution or other written law".

But the constitution provides no authorisation except for abortion.

The Malawi court’s decision in Khoviwa could be especially useful in future human rights litigation in countries without clear constitutional support for the death penalty. This is so for two reasons.

First, the Malawian Supreme Court of Appeal validated the emerging global consensus that the death penalty violates the right to life, even where the constitution specifically authorises it.

This is a roadmap for future challenges to the death penalty in other southern African countries.

A longer version of this article appeared as a blog for Oxford University.

Andrew Novak does not work for, consult, own shares in or receive funding from any company or organisation that would benefit from this article, and has disclosed no relevant affiliations beyond their academic appointment. 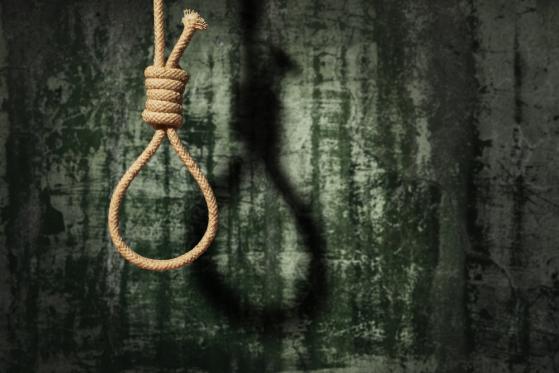