A little bit of hope and fear defines markets on Wednesday, with investors showing no signs yet of winding down for year-end.

Let's start with the fear part, which centres on China's troubled property sector. Shares in the country's biggest developer Evergrande have hit all-time lows after a missed debt payment deadline put it at risk of becoming China's biggest defaulter.

Note too that trading in shares of embattled smaller peer Kaisa Group (HK: 1638 ) Holdings was suspended, after a source with direct knowledge of the matter said Kaisa was unlikely to meet a $400 million offshore debt deadline.

Hopes of a managed debt restructuring at Evergrande are somewhat calming the angst. But even if the fallout so far has been broadly contained, fears linger of how the crisis might impact the world's second-biggest economy.

But as the trading baton passes from Asia to Europe, it's hope that's taking hold.

Already Asian shares have risen to near two-week highs on optimism that the Omicron variant of the coronavirus may be less disruptive than initially feared.

U.S. stock futures are trading higher, European futures are flat. That sentiment boost also lifted the Aussie dollar to its strongest level in a week.

Markets have shown themselves remarkably resilient to political crises, and they appear to be shrugging off President Joe Biden's warning that Russia risked "strong economic and other measures" if it invaded Ukraine.

Possibly news of a two-hour Biden-Putin chat is being seen as a positive.

Finally, Wednesday brings the end of an era in Germany, where Olaf Scholz will take over as Chancellor, bringing an end to Chancellor Angela Merkel's 16-years as head of Europe's biggest economy. 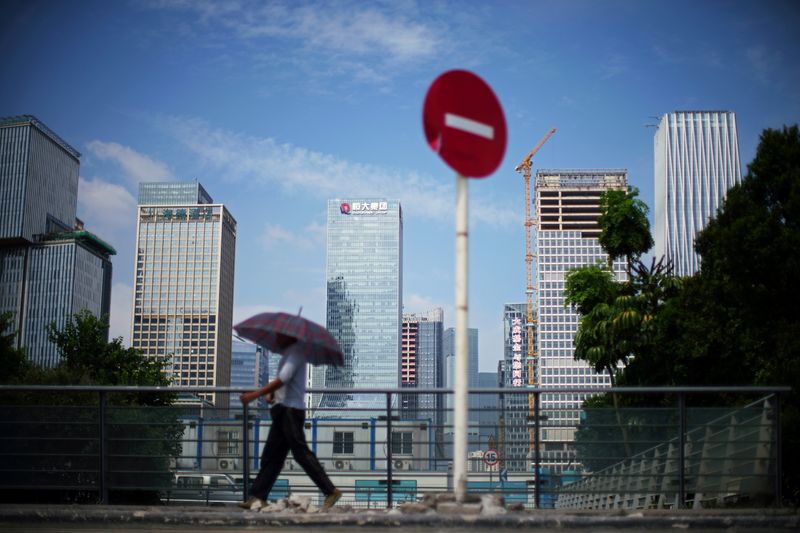