WASHINGTON (Reuters) - Maryland Governor Larry Hogan issued an emergency directive on Tuesday prohibiting the use of Chinese-owned short-video sharing app TikTok on state government devices and networks, the latest U.S. Republican to crack down on TikTok.

Hogan's ban covers numerous Chinese and Russian-influenced products and platforms because he said they present an "unacceptable level of cybersecurity risk to the state."

"We are disappointed that the many state agencies, offices, and universities that have been using TikTok to build communities and connect with constituents will no longer have access to our platform," the company said on Tuesday.

Brendan Carr, a Republican member of the Federal Communications Commission, praised Hogan's action he said would "protect Maryland from the threats posed by malign foreign actors."

Beijing could also use the popular app, owned by ByteDance, to "control software on millions of devices," giving it the opportunity to "technically compromise" those devices, Wray added.

The government's Committee on Foreign Investment in the United States (CFIUS), which reviews foreign acquisitions of U.S. assets for potential national security risks, in 2020 ordered ByteDance to divest TikTok because of fears that U.S. user data could be passed on to Beijing.

CFIUS and TikTok have for months sought to reach a national security agreement to protect the data of TikTok's more than 100 million U.S. users but sources said it appears unlikely a deal would be reached before January.

TikTok executive Vanessa Pappas told lawmakers in September that TikTok was making progress toward a final agreement with the U.S. government. 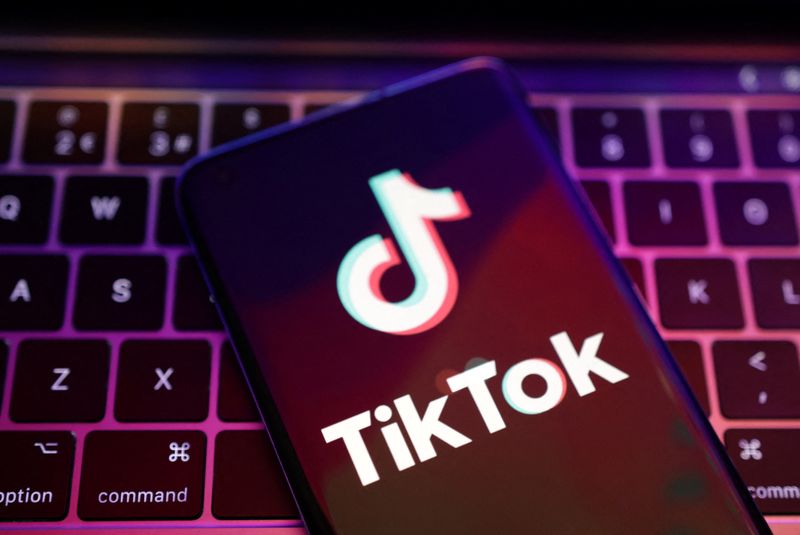 Former President Donald Trump in 2020 attempted to block new U.S. users from downloading WeChat and TikTok, which would have effectively blocked the apps' use in the United States, but lost a series of court battles.

President Joe Biden in June 2021 withdrew Trump's executive orders that sought to ban the downloads and directed the Commerce Department to conduct a review of security concerns posed by the apps.