(This Jan. 27 story corrects to show in paragraph 4 that the gap between three- and six-month yields is at steepest since 2018, not 2015)

A look at the day ahead from Sujata Rao.

The world's largest economy is predicted to record GDP growth at a 37-year high of 5.5%, with data due later on Thursday. Some such as JPMorgan (NYSE: JPM ) reckon the figure could be as high as 7.5%. We will also likely see weekly jobless benefits claims dropping further.

That, in a nutshell, is why the U.S. Federal Reserve feels there is "quite a bit of room to raise interest rates".

Could there be more than four rate rises this year? Powell did not deny that possibility, so markets have started to price a fifth move.

Accordingly, Treasury two-year borrowing costs hit 23-month highs, shrinking the gap with 10-year yields. And on t-bills, the shortest-dated debt segment, Tradeweb notes a sharp steepening, with the gap between the three- and six-month yields at the steepest since 2018, and more than double from a month-ago period.

Similar steepening is notable between other bill maturities in a sign more tightening is being priced.

So the stock market selloff that had abated pre-Fed is back in full swing, with world stocks down 0.6%; European and Wall Street looking set for another tumble.

But if buyers are running scared, there are bargain hunters of a different sort -- billionaire William Ackman said he had snapped up $1 billion worth of Netflix (NASDAQ: NFLX ) shares since last Thursday's market tumble.

Key developments that should provide more direction to markets on Thursday: 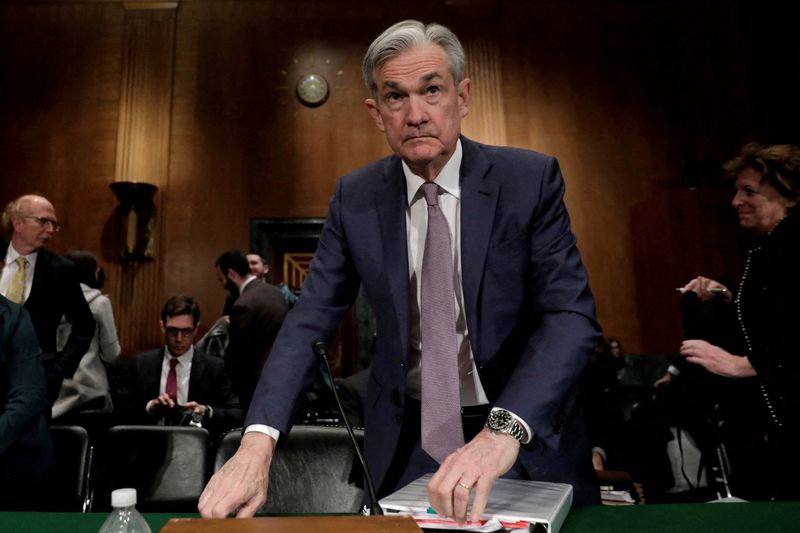