BENGALURU (Reuters) - Emerging market currencies are headed for more trouble next year as mounting expectations the Federal Reserve will raise interest rates to quell inflation are set to keep the mighty U.S. dollar in the driving seat, a Reuters poll showed.

Most emerging market currencies were forecast to weaken or at best cling to a range over the year as currency strategists in the Oct. 29-Nov. 2 Reuters poll feared high commodity prices would further pressurise economies already struggling with elevated inflation.

"For EM currencies, the worst is not yet behind us, as growth and inflation challenges persist into 2022, while U.S. 10-year Treasury yields are anticipated to march relentlessly higher through next year," noted Phoenix Kalen, head of emerging markets research at Societe Generale (PA: SOGN ).

But a lot will depend on how the U.S. dollar performs. The greenback was expected to dominate currency markets for another year as inflation concerns come to the fore, with surging energy prices amid a supply crunch threatening global economic growth. [EUR/POLL]

"A pro-USD environment in G10 FX may continue to pose a threat to EMFX," Luis Costa, emerging markets strategist at Citi, wrote in a research note.

"Our negative EMFX view was based on higher U.S. rates and continued growth fears in China. While there is risk to higher real rates in the U.S., it is hard to not expect much weaker growth in China."

The most actively traded emerging market currency, the Chinese yuan, was predicted to depreciate over 1% to 6.47 per dollar in a year as the economy is slowing after a strong rebound from the pandemic-driven slump early last year.

Asia's economic prospects have already been marred by China's slowdown, supply chain bottlenecks and the lingering effects of COVID-19 waves in trade-reliant countries.

Turkey's battered lira, which has already lost a fifth of its value this year, was expected to shed another 6% to 10.09/$ in a year.

The lira has been the worst-performing currency among EM peers this year, thanks to an unconventional monetary policy espoused by President Tayyip Erdogan - cutting interest rates to fight inflation. He has replaced the central bank head three times in the last 2-1/2 years.

"In these circumstances, we expect the lira to weaken further with a heightened risk that weakness will overshoot."

While several remain under intense pressure, a few emerging market currencies are likely to mark a stronger 2022 -- especially the South African rand , South Korean won and the Russian rouble.

This comes despite the U.S. Fed looking set to imminently begin tapering its $120 billion a month bond purchase programme, which has already sent U.S. bond yields and the dollar higher in anticipation of a subsequent rate hike next year. 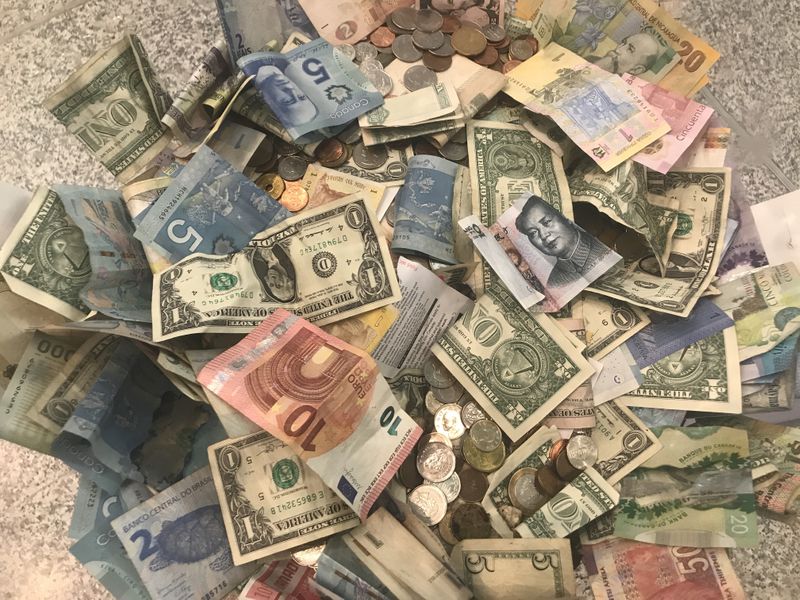 (For other stories from the November Reuters foreign exchange poll:)