(Reuters) - Tesla (NASDAQ: TSLA ) Inc Chief Executive Elon Musk said on Tuesday that he backs moderate Republicans as well as moderate Democrats, just three months after announcing that he would vote for Republicans.

"To be clear, I support the left half of the Republican Party and the right half of the Democratic Party!" the billionaire wrote on Twitter on the day he was due to attend a fundraiser for top U.S. House of Representatives Republican Kevin McCarthy, according to the New York Times.

That fundraiser was to be held in Wyoming, where Republican U.S. Representative Liz Cheney faced a primary challenger from within her own party who former President Donald Trump backed because Cheney supported impeaching him after his supporters stormed the Capitol on Jan. 6, 2021.

Cheney was stripped of her House Republican leadership roles after criticizing Trump.

Musk in a May tweet said that he had voted for Democrats in the past but that his future votes would be for Republicans.

Musk frequently comments on politics, saying earlier this summer that he was leaning towards supporting Florida's Republican Governor Ron DeSantis for president in 2024 and that Trump was too old to serve as president again. 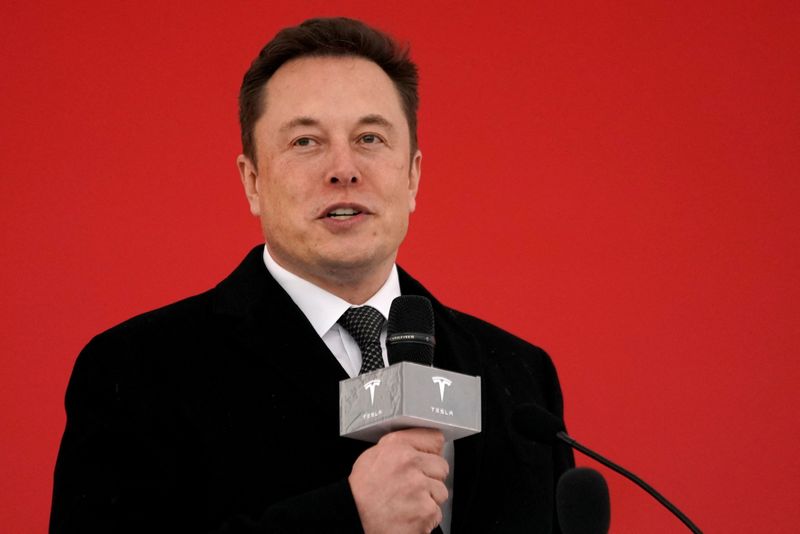 In June, President Joe Biden compared Tesla unfavorably to Ford Motor (NYSE: F ) Co, while sarcastically wishing Musk "lots of luck" on his "trip to the moon" after the billionaire expressed reservations about the economy.

Musk has frequently fired off harsh tweets directed at the president and has been critical of Biden's union-first, subsidy-heavy approach to building the electric vehicle market.