Bitcoin plunged as much as 15%, sinking to as low as $46,045, before trimming the decline, after Musk said he was worried over the “rapidly increasing use of fossil fuels for Bitcoin mining and transactions,” and suspended Tesla purchases with the asset, indicating he might favor other cryptocurrencies with much lower energy usage.

In Asia, Monex Group Inc (T: 8698 ), whose ownership of crypto exchange Coincheck Inc. had made it the second-best performing stock in Japan in 2021, dropped 11%. Nexon Co. (T: 3659 ), which just last month became the first Japanese firm to make a significant bet with a $100 million purchase of the cryptocurrency, slumped 14%, the most since August 2019, though a poor growth outlook given at its earnings also weighed on sentiment.

Tesla’s own shares fell 1.8% in premarket trading, having already slumped about 30% since the company announced in February that it had invested $1.5 billion in Bitcoin and signaled an intent to begin accepting the cryptocurrency as a form of payment. After last year’s huge rally, the stock has suffered from lofty trader expectations despite posting a record quarterly profit last month.

Musk said in his post that Tesla wouldn’t be selling any Bitcoin and aimed to use it for transactions once mining shifted to a more sustainable energy. “We believe it has a promising future,” he wrote, “but this cannot come at great cost to the environment.”

That puts Musk at odds with ARK Investment Management LLC’s Cathie Wood, who last month shared research that she said would “debunk the myth that Bitcoin mining” is bad for the environment. Wood’s ARK Innovation ETF (NYSE: ARKK ), which has been having a miserable month and has Coinbase as its ninth-largest holding, fell 1.3% premarket.

Musk’s move is a step in the wrong direction for Bitcoin bulls as well as for stock investors betting on the digital currency. Tesla’s disclosure in February added legitimacy to the cryptocurrency. It was the most visible catalyst during this year’s rally in the digital currency. Bitcoin was down 7.6% to $50,356 at 10:09 a.m. U.K. time. 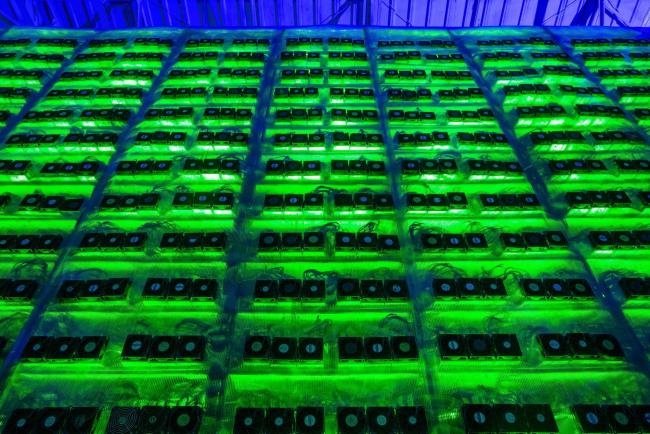