"Market as a whole is trying to assess the ability of companies to maintain the bottom line in the face of rising costs," said Rick Meckler, partner at Cherry Lane Investments in New Vernon, New Jersey.

"And banking may just be the first sector to report in 2022 that, at least for now, the costs are running faster than the revenues."

All of the 11 major S&P 500 sectors fell in early afternoon trading, with the broader financial index leading declines and growth-heavy S&P 500 technology and S&P 500 communication services indexes falling around 1.6% each.

The benchmark 10-year U.S. Treasury yield jumped to two-year highs and two-year yields , which track short-term rate expectations, crossed 1% for the first time since February 2020 amid traders positioning for a more hawkish Federal Reserve ahead of a policy meeting next week. [US/]

"Investors have been rewarded by the 'overweight tech' trade for the better part of the past decade," said Seema Shah, chief strategist at Principal Global Investors.

"While conditions for the sector are becoming trickier, strong companies with robust balance sheets and pricing power still have further to run. For the profitless ones, technically speaking, the period ahead may not be so pretty."

The Nasdaq fell as much as 10% below its intraday record level reached on Nov. 22. It was last trading around 9% below its Nov. 19 closing record. To confirm a correction the index would need to close 10% or more below the record close.

A BofA survey showed that fund managers had cut their overweight positions in tech to their lowest levels since 2008, while another survey by Deutsche Bank (DE: DBKGn ) found that a majority of respondents believed U.S. technology stocks are in a bubble.

The Nasdaq and the S&P 500 fell for a second straight week on Friday as bearish sentiment on tech and disappointing results from big banks weighed on the U.S. indexes.

Bank of America (NYSE: BAC ) and Morgan Stanley (NYSE: MS ) will post their fourth-quarter results on Wednesday, while Netflix (NASDAQ: NFLX ) will kick-off reporting among big-growth shares on Thursday.

Activision Blizzard (NASDAQ: ATVI ) surged 27.1% after Microsoft (NASDAQ: MSFT ) said it would buy the videogame publisher for $68.7 billion in cash, the largest deal in the sector. 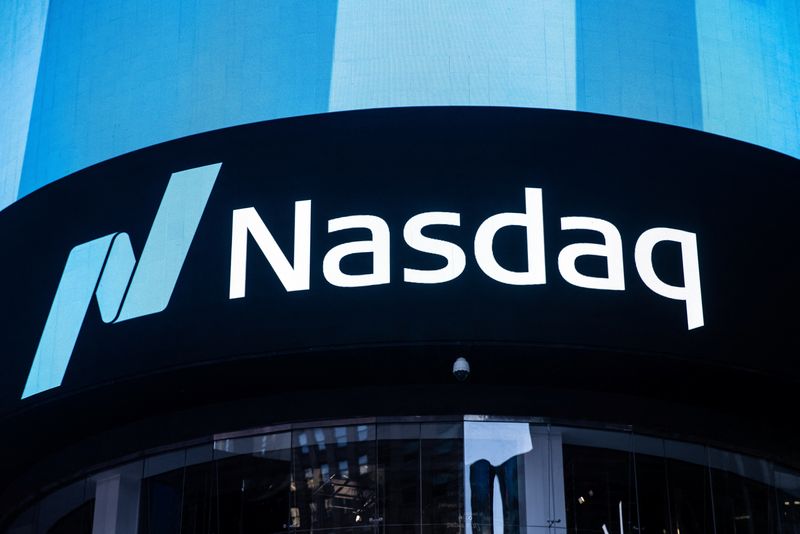