(Reuters) - Wall Street ended sharply lower on Wednesday, with Target losing around a quarter of its stock market value and highlighting worries about the U.S. economy after the retailer became the latest victim of surging prices.

It was the worst one-day loss for the S&P 500 and Dow Jones Industrial Average since June 2020.

Target Corp (NYSE: TGT )'s first-quarter profit fell by half and the company warned of a bigger margin hit on rising fuel and freight costs. Its shares fell about 25%, losing about $25 billion in market capitalization, in their worst session since the Black Monday crash on Oct. 19, 1987.

"We think the developing impact on retail spending as inflation outpaces wages for even longer than people might have expected is a principal factor in causing the market sell-off today," said Paul Christopher, head of global market strategy at Wells Fargo (NYSE: WFC ) Investment Institute. "Retailers are starting to reveal the impact of eroding consumer purchasing power."

"The cons outweigh the pros for growth stocks at this particular moment, and the market is trying to decide how bad it's going to get," said Liz Young, head of investment strategy at SoFi. "The market is fearful of the next six months. We may find out that it doesn't need to be as fearful as this, and markets do tend to overreact on the downside."

All of the 11 S&P 500 sector indexes declined, with consumer discretionary and consumer staples leading the way lower, both down more than 6%.

Wells Fargo Investment Institute on Wednesday said it expects a mild U.S. recession at the end of 2022 and early 2023.

Federal Reserve Chair Jerome Powell vowed on Tuesday that the U.S central bank will raise rates as high as needed to kill a surge in inflation that he said threatened the foundation of the economy.

Traders are pricing in 50-basis point interest rate hikes by the Fed in June and July.

Wall Street's recent sell-off has left the S&P 500 trading at around 17 times expected earnings, its lowest PE valuation since the 2020 sell-off caused by the coronavirus pandemic, according to Refinitiv data.

Volume on U.S. exchanges was 12.5 billion shares, compared with a 13.4 billion average over the last 20 trading days. 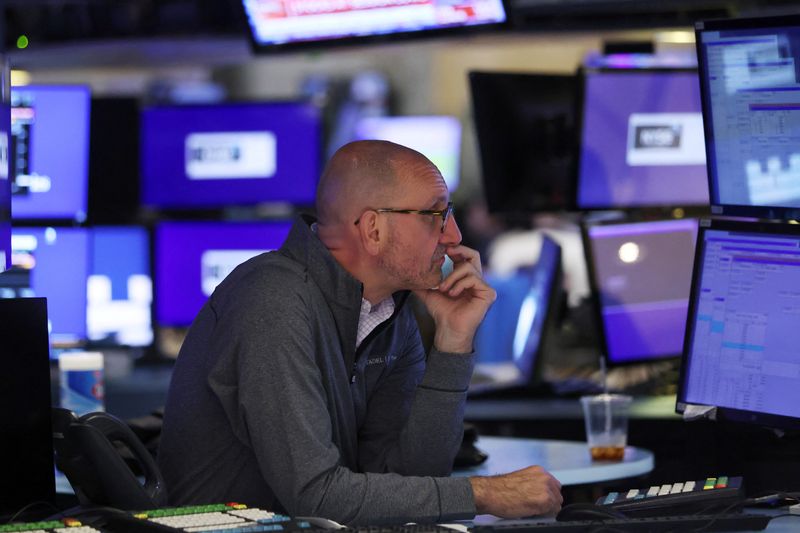 Declining issues outnumbered advancing ones on the NYSE by a 5.09-to-1 ratio; on Nasdaq, a 3.52-to-1 ratio favored decliners.