NEW YORK (Reuters) -Oil prices slid about 2% to a 12-week low in volatile trade on Wednesday, extending the prior session's heavy losses as investors grew more worried energy demand would take a hit in a potential global recession.

The American Petroleum Institute (API), an industry group, will issue its inventory report at 4:30 p.m. EDT (2030 GMT) on Wednesday. The U.S. Energy Information Administration (EIA) reports at 11:00 a.m. EDT (1500 GMT) on Thursday. Both reports were delayed one day by the U.S. July Fourth holiday.

Trade was volatile, with both crude benchmarks up over $2 a barrel early on supply concerns and down over $4 a barrel at session lows. Crude futures have been extremely volatile for months.

With the U.S. Federal Reserve expected to keep raising interest rates, open interest in WTI futures fell last week to its lowest since May 2016 as investors cut back on risky assets.

"There are undeniably concerns about recessionary demand destruction, plus, WTI open interest at multi-year lows has created a bit of a liquidity crunch," said Robert Yawger, executive director of energy futures at Mizuho.

The head of the International Monetary Fund said the outlook for the global economy had "darkened significantly" since April and she could not rule out a possible global recession next year given the elevated risks.

U.S. job openings fell less than expected in May, pointing to a still-tight labor market that could keep Federal Reserve policy aggressive as tries to bring high inflation down to its 2% target.

Oil prices were also slammed by a soaring U.S. dollar, which hit a near 20-year high against a basket of currencies, making oil more expensive for buyers using those other currencies. 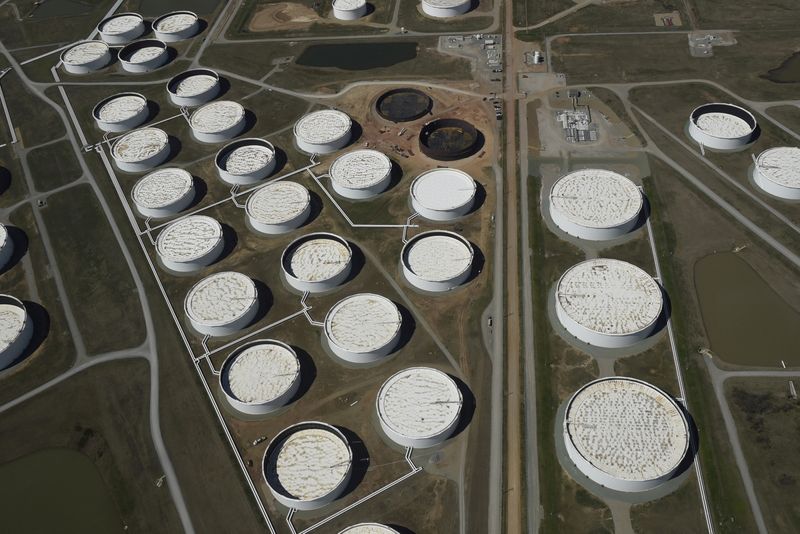 China's crude oil imports from Russia in May soared 55% from a year earlier to a record level. Russia displaced Saudi Arabia as top supplier, with refiners grabbing discounted supplies as Western countries sanctioned Moscow over its invasion of Ukraine.

Further pressuring oil prices, Equinor ASA said all oil and gas fields affected by a strike in Norway's petroleum sector were expected to be back in full operation within a couple of days.