(Reuters) -Oil futures settled higher on Friday, boosted by supply constraints and worries of a Russian attack on neighbouring Ukraine, pushing prices toward their fourth weekly gain despite sources saying China is set to release crude reserves around the Lunar New Year.

Both Brent and U.S. futures entered overbought territory for the first time since late October.

Flynn added that traders did not want to be short in the market as tensions mounted between Russia and Ukraine and ahead of a long U.S. weekend for the Martin Luther King Jr Day holiday, which typically sees lower trading volumes.

U.S. officials voiced fears on Friday that Russia was preparing to attack Ukraine if diplomacy failed. Russia, which has massed 100,000 troops on Ukraine's border, released pictures of its forces on the move.

"There has been a bump up in the geopolitical risk factor that is boosting prices," said John Kilduff, a partner at Again Capital Management in New York.

The dollar appeared headed toward its largest weekly fall in four months. A weaker dollar makes commodities more affordable for holders of other currencies. [FRX/]

Several banks have forecast oil prices of $100 a barrel this year, with demand expected to outstrip supply, not least as capacity constraints among OPEC+ countries come into focus.

"When you consider that OPEC+ is still nowhere near pumping to its overall quota, this narrowing cushion could turn out to be the most bullish factor for oil prices over the coming months," said PVM analyst Stephen Brennock.

Issues also remain unresolved in indirect talks between Iran and the United States on reviving the 2015 Iran nuclear deal, a source close to the talks said on Friday. If the United States lifts sanctions on Iran, the country could boost oil shipments, adding to global supply.

Sources told Reuters China plans to release oil reserves around the Lunar New Year holidays between Jan. 31 and Feb. 6 as part of a plan coordinated by the United States with other major consumers to reduce global prices.

The U.S. Energy Department on Thursday said it had sold 18 million barrels of strategic crude oil . 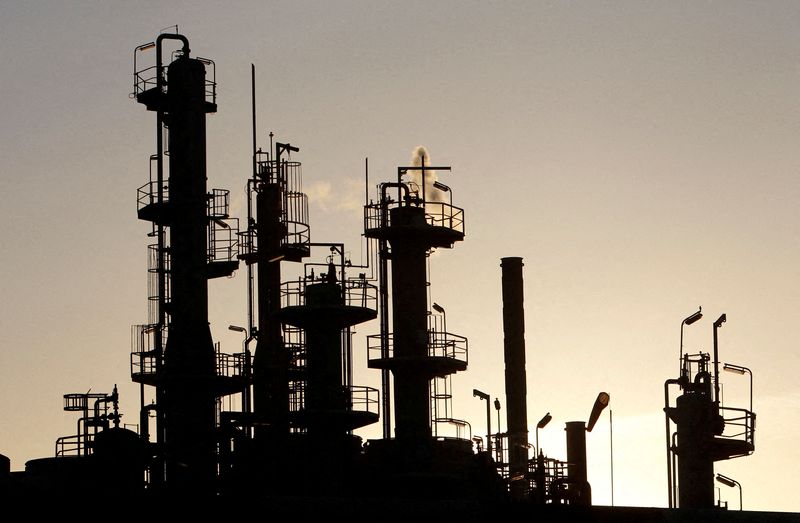 Fuel demand was pressured in the world's second-biggest oil consumer as the Omicron coronavirus variant spread. Many cities, including Beijing, have urged people not to travel during the Lunar New Year holiday.