By Noah Browning and Bozorgmehr Sharafedin

(Reuters) -Oil prices rose on Monday with investors betting that global supply will remain tight, although restraint by major producers was partially offset by a rise in Libyan output.

U.S. West Texas Intermediate crude was up 53 cents, or 0.6%, at $84.35 after touching its highest price since Nov. 10 at $84.78. Trade was subdued due to the U.S. holiday honoring slain civil rights leader Martin Luther King Jr.

Frantic oil buying, driven by supply outages and signs the Omicron coronavirus variant will not be as disruptive to fuel demand as previously feared, has pushed some crude grades to multi-year highs, suggesting the rally in Brent futures could be sustained for a while longer, traders said.

The Organization of the Petroleum Exporting Countries (OPEC) and allies including Russia, together known as OPEC+, are gradually relaxing output cuts implemented when demand collapsed in 2020.

But many smaller producers cannot increase supply and others have been wary of pumping too much oil in case of renewed COVID-19 setbacks.

Meanwhile, Libya's total oil output is back to 1.2 million barrels per day (bpd), according to National Oil Corp. Libyan output was about 900,000 bpd last week owing to a blockade of western oilfields.

"Libya’s oil production had dropped to a good 700,000 bpd at the start of the year, which had played its part in the price rise," said Commerzbank (DE: CBKG ) analyst Carsten Fritsch.

Sources told Reuters that China plans to release oil reserves around the Lunar New Year holidays between Jan. 31 and Feb. 6 as part of a plan coordinated by the United States to reduce global prices.

Saudi Energy Minister Prince Abdulaziz bin Salman said on Monday it is the prerogative of the U.S. government whether to release supply from strategic petroleum reserves. 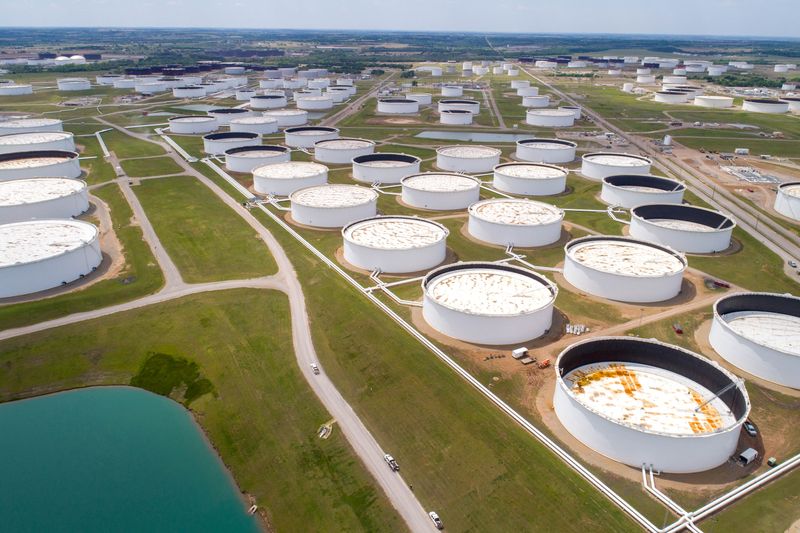 U.S. officials voiced fears on Friday that Russia was preparing to attack Ukraine if diplomacy failed. Russia, which has amassed 100,000 troops on Ukraine's border, released pictures of its forces on the move.