NEW YORK (Reuters) -Oil prices slid for a second day in a row on Friday, pressured by an unexpected rise in U.S. crude and fuel inventories while investors took profits after the benchmarks touched seven-year highs earlier in the week.

However, both crude benchmarks rose for a fifth week in a row, gaining around 2% this week. Prices were up more than 10% so far this year on concerns over tightening supplies.

Earlier in the week, both Brent and WTI rose to their highest levels since October 2014.

"The latest pullback is most likely due to a combination of pre-weekend profit-taking and the absence of fresh bullish catalysts," said PVM analyst Stephen Brennock, noting Thursday's bearish data from the Energy Information Administration (EIA).

The EIA reported the first U.S. stock build since November and gasoline inventories at an 11-month high, against industry expectations.

"Energy traders were not surprised to see the oil price rally slow down," said Edward Moya, senior market analyst at OANDA. "WTI crude fell after a surprise build with U.S. stockpiles and following a bloodbath on Wall Street that sent risky assets into freefall."

"Crude prices may not have a one-way ticket to $100 oil, but the supply-side fundamentals certainly support that could happen by the summer," Moya said.

Other analysts also said they expect the current pressure on prices to be limited owing to supply concerns and rising demand.

OPEC+, which groups the Organization of the Petroleum Exporting Countries (OPEC) with Russia and other producers, is struggling to hit its monthly output increase target of 400,000 barrels per day (bpd).

In the United States, energy firms cut oil rigs this week for the first time in 13 weeks. [RIG/U]

Tensions in Eastern Europe and the Middle East are also heightening fears of supply disruption.

Top U.S. and Russian diplomats made no major breakthrough at talks on Ukraine on Friday but agreed to keep talking to try to resolve a crisis that has stoked fears of a military conflict.

"With low spare OPEC+ capacity, low inventories and geopolitical tensions rising," analysts at Bank of America (NYSE: BAC ) said they expect to see Brent at around $120 a barrel in mid-2022.

UBS expects crude oil demand to reach record highs this year and for Brent to trade in a range of $80-$90 a barrel for now. 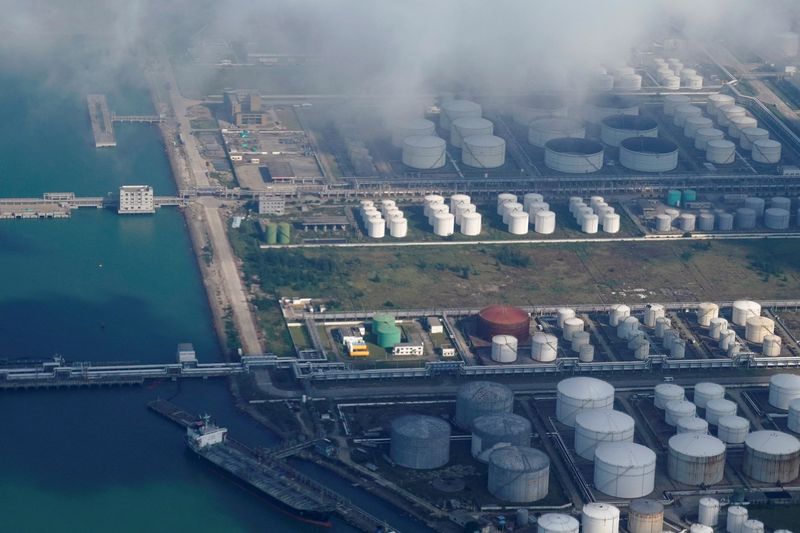 Meanwhile, Morgan Stanley (NYSE: MS ) has raised its Brent price forecast to $100 a barrel in the third quarter, up from its previous projection of $90.

On the demand side, quarterly results of energy firms Schlumberger NV (NYSE: SLB ) and Baker Hughes Co both beat expectations as higher crude and natural gas prices drove demand for their services.