(Reuters) - Oil prices settled up more than $2 on Thursday after the International Energy Agency raised its oil demand growth forecast for this year as soaring natural gas prices have some consumers switching to oil.

"Natural gas and electricity prices have soared to new records, incentivising gas-to-oil https://www.reuters.com/article/iea-oil-idAFL8N2ZN2J8 switching in some countries," the Paris-based agency said in its monthly oil report. It raised its outlook for 2022 demand by 380,000 barrels per day (bpd).

By contrast, the Organization of the Petroleum Exporting Countries (OPEC) cut its 2022 forecast for growth in world oil demand, citing the impact of Russia's invasion of Ukraine, high inflation and efforts to contain the pandemic. [OPEC/M]

OPEC expects 2022 oil demand to rise by 3.1 million bpd, down 260,000 bpd from the previous forecast. It still sees a higher overall global oil demand figure than the IEA for 2022.

Prices were also boosted as the U.S. dollar extended losses against other major currencies after a report showed U.S. inflation was not as hot as anticipated in July, prompting traders to dial back expectations for rate hikes by the Federal Reserve.

Gasoline product supplied rose to 9.1 million barrels per day, though that figure shows demand down 6% over the last four weeks from a year earlier.

The premium for front-month WTI futures over barrels loading in six months was pegged at $4.38 a barrel, the lowest in four months, indicating easing tightness in prompt supplies. 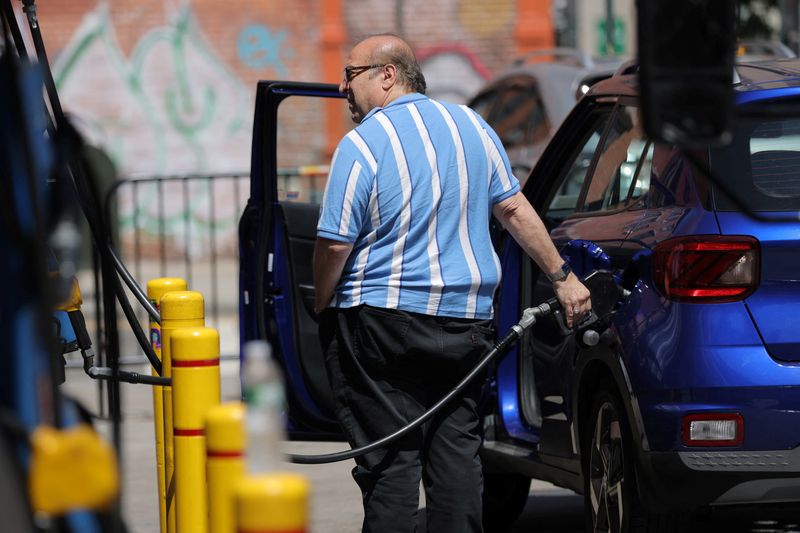