By David Gaffen and Arathy Somasekhar

NEW YORK (Reuters) - Oil prices fell about 2% on Monday, hit by investor concerns over the possibility of quicker than expected interest-rate hikes by the U.S. Federal Reserve that took down risk markets such as equities while the dollar rallied.

Wall Street stocks slumped, after last week posting their worst week since 2020, pulling down other risk assets like crude. [MKTS/GLOB]

"Everything is being taken out to the wood shed and the wood shed is a pretty crowded place," said John Kilduff, a partner at Again Capital Management.

Both benchmarks rose for a fifth week in a row last week, gaining about 2% to reach their highest since October 2014.

Oil prices are up more than 10% this year on the concerns over tightening supplies and OPEC+ now struggling to hit a targeted monthly output increase of 400,000 barrels per day.

The Relative Strength Index, a measure of short-term market sentiment, had until Monday been trading at levels considered indicative of a near-term correction in oil .

"Big picture, we believe oil is going higher over the long run, but short-term we've gotten overbought and juiced up on geopolitical risk," said Flynn.

Stocks fell while the dollar rose to a two-week high on Monday against a basket of currencies, lifted by the tension between Russia and the West over Ukraine and the possibility of a more hawkish stance from the Fed this week.

Tensions in Ukraine have been increasing for months after Russia massed troops near its borders, fuelling fears of supply disruption in Eastern Europe.

In the Middle East, the United Arab Emirates intercepted and destroyed two Houthi ballistic missiles targeting the Gulf country on Monday after a deadly attack a week earlier.

Further escalation of the situation in both Ukraine and the Middle East "justify a risk premium on the oil price because the countries involved – Russia and the UAE – are important members of OPEC+," said Commerzbank (DE: CBKG ) analyst Carsten Fritsch. 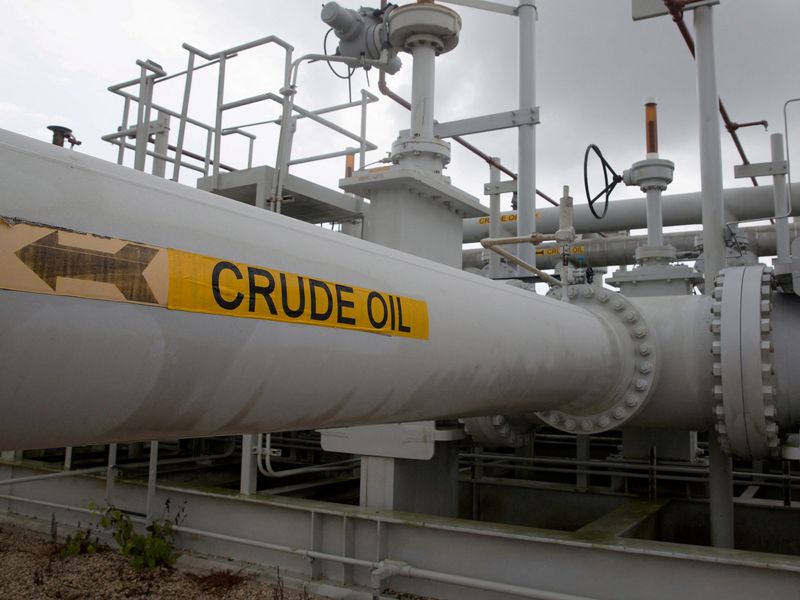 ConocoPhillips CEO Ryan Lance said he was bullish about markets as high oil prices "will persist for a while," whereas Occidental CEO Vicki Hollub forecast U.S. production to grow, but fall short of its all-time record.