U.S. West Texas Intermediate (WTI) crude futures for February delivery lost 6 cents to $86.90 a barrel on the last day of the contract's life. WTI is up 15% so far this year. The more active March WTI contract settled at $85.55 a barrel, down 25 cents.

Crude stocks rose by 515,000 barrels last week while gasoline inventories rose by 5.9 million barrels, boosting those inventories to their highest in a year, according to the U.S. Energy Department.

Trading has been dominated by supply concerns, from short-term issues like a temporary halt to flows in an Iraq-to-Turkey pipeline to a consistent shortfall from OPEC+ members in reaching targeted supply increases.

In the meantime, demand remains steady, with U.S. product supplies, a proxy for demand in the world's largest consumer, reaching 21.2 million bpd over the past four weeks, ahead of the pre-pandemic pace.

Supply concerns have mounted this week after a fire temporarily halted flows through an oil pipeline running from Iraq's Kirkuk to the Turkish port of Ceyhan on Tuesday.

The OPEC+ producer group comprising OPEC and allies led by Russia has been producing less than its targets, with the International Energy Agency (IEA) on Wednesday estimating that the group produced about 800,000 barrels per day (bpd) below its December targets. [IEA/M]

The IEA said that while the oil market could be in a significant surplus in the first quarter of this year, inventories are likely to be well below pre-pandemic levels. The agency also upgraded its 2022 demand forecast. 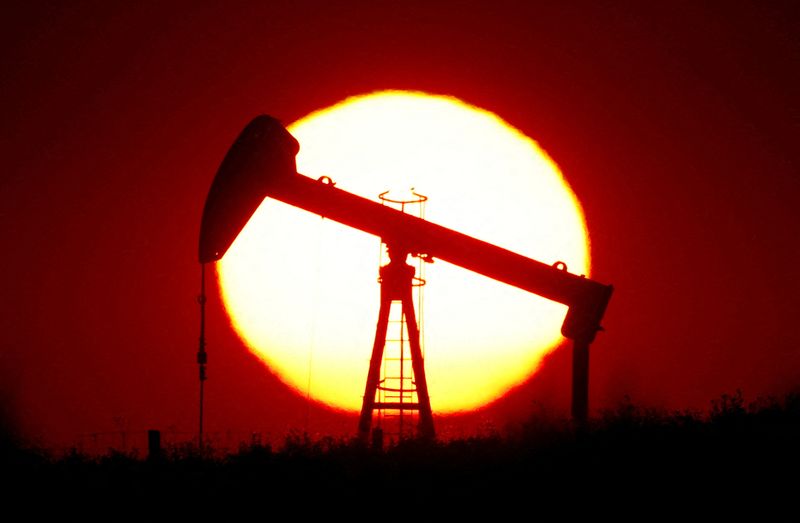 An attack by Yemen's Houthis on the United Arab Emirates, the third-largest producer in the Organization of the Petroleum Exporting Countries (OPEC), heightened risks among big suppliers.

The relative strength index (RSI) for WTI, a measure of momentum, was at levels last seen in October, suggesting the rally is at risk of becoming overextended and ripe for sellers to come into the market.